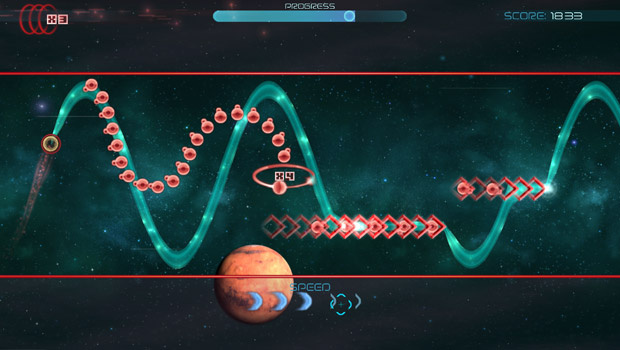 While some games grow increasingly complex, it’s nice to see independent titles such as Eden Industries’ Waveform offer simple-to-grasp concepts. It’s headed to Steam next month with a promise of some (most likely free) post-launch DLC.

Development of Waveform was, up until recently, being handled on a part-time basis. It’s a familiar story in the realm of independent gaming, but remains one I’ve always found interesting. When creator and Eden Industries founder Ryan Vandendyck wasn’t at his day job working on Luigi’s Mansion 2, he was prototyping and fleshing out this project.

He’s since taken some time off from Next Level Games in the ramp up to Waveform‘s Steam debut. Ryan admits “it’s been quite difficult. A lot of evenings and weekends, with very little sleep or much free time. Ironically, my time spent playing games dropped to almost 0.” 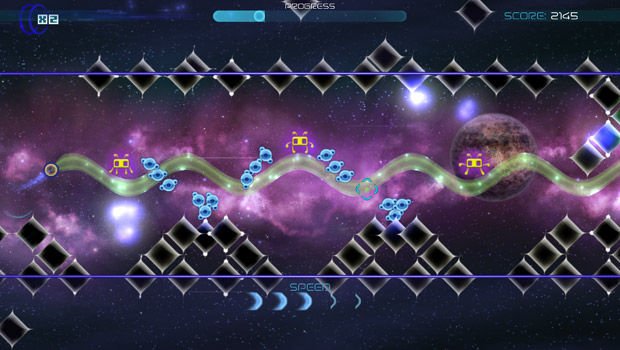 “Although I don’t regret doing it the way I did, and would even recommend it to many indies depending on their situation, I can’t say I’d be too eager to do it again!”

Those thinking of designing a game on the side will want to look at Ryan’s blog posts on Gamasutra, where he’s covered the life of a “double developer” and offers advice based on his experiences so far. I was curious to see what’s next, once Waveform goes public.

“Although I’d very much like to transition into indie development full-time, that largely depends on the success of Waveform. I’m hoping it’ll be successful enough to allow me to continue working on more games (I have a few prototypes already made that I’d really like to commit more time to and develop into full games), but if it’s not I’ll probably go back to Next Level and figure out my next move from there.”