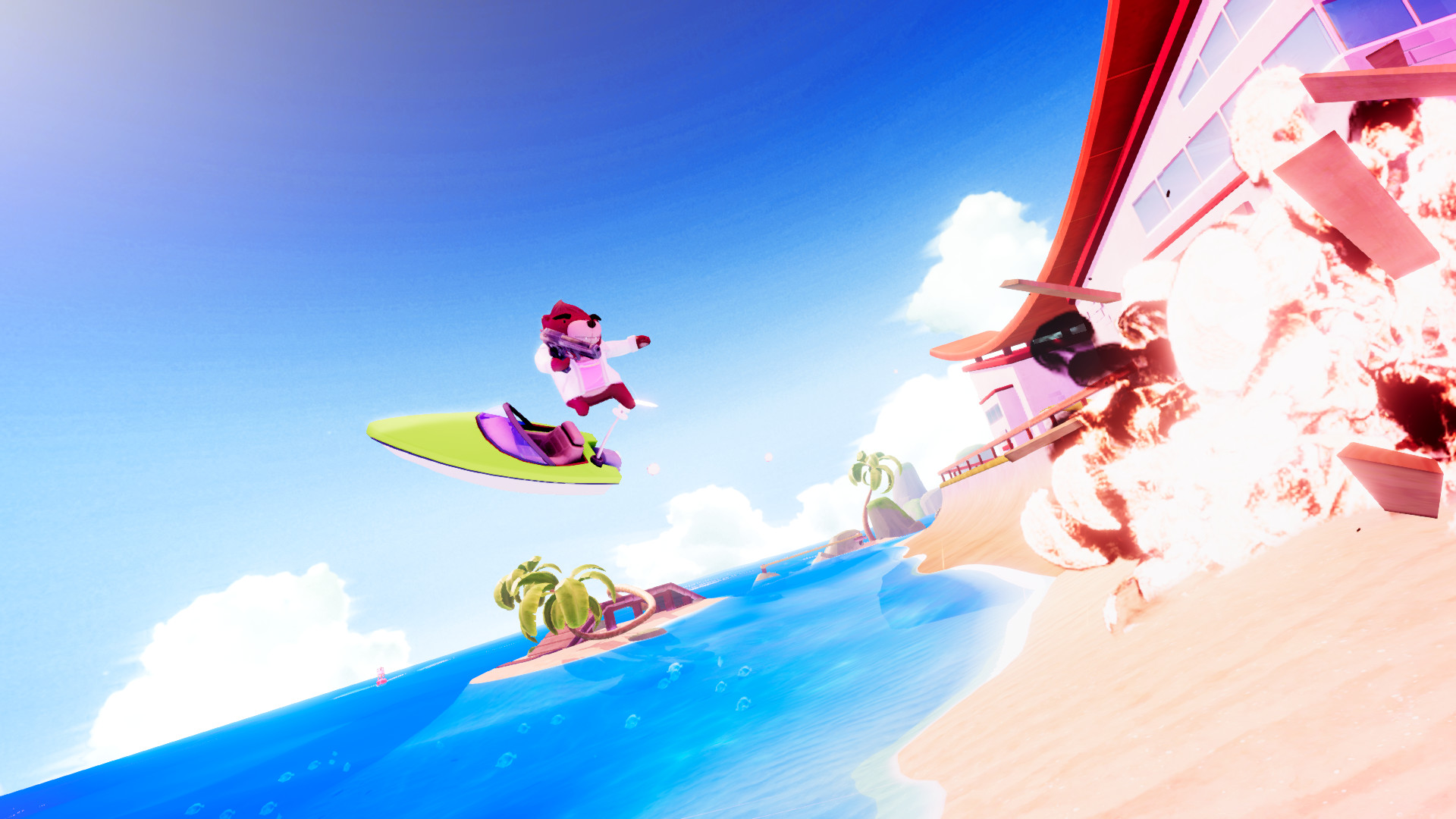 With a splash of murder

There’s a giant hole in the Bear Drives A Speedboat And Performs All Sorts Of Cool Arcade Tricks But Also Sometimes The Bear Carries Around An AK47 market. Wave Break is here to fill that void.

From Funktronic Labs, creators of Nova-111, is a much quicker and less methodical game. Wave Break is an arcade boating game inspired by Tony Hawk’s Pro Skater 2 and Wave Race 64. Aside from the obvious trick combos and high score chasing, Wave Break also puts some degree of emphasis on explosions, gold chains, and guns. There’s also multiplayer, both local and online.

I’ve already had a chance to play this game, way back in March at a GDC event. It was just a rough prototype then, only a little bit into development if I recall correctly. It showed promise then, but needed a lot more development time under its belt. I’m glad Funktronic stuck with it. You can kind of immediately tell if an arcade trick game will feel right, and Wave Break seems like it meets that criteria.

Wave Break is currently set to launch on Steam sometime next year. Funktronic says it hopes to bring Wave Break to consoles at some point, but nothing is confirmed right now. For anyone who doesn’t want to wait for the final release to start motorboating, Funktronic is holding an alpha for members of its Discord channel.