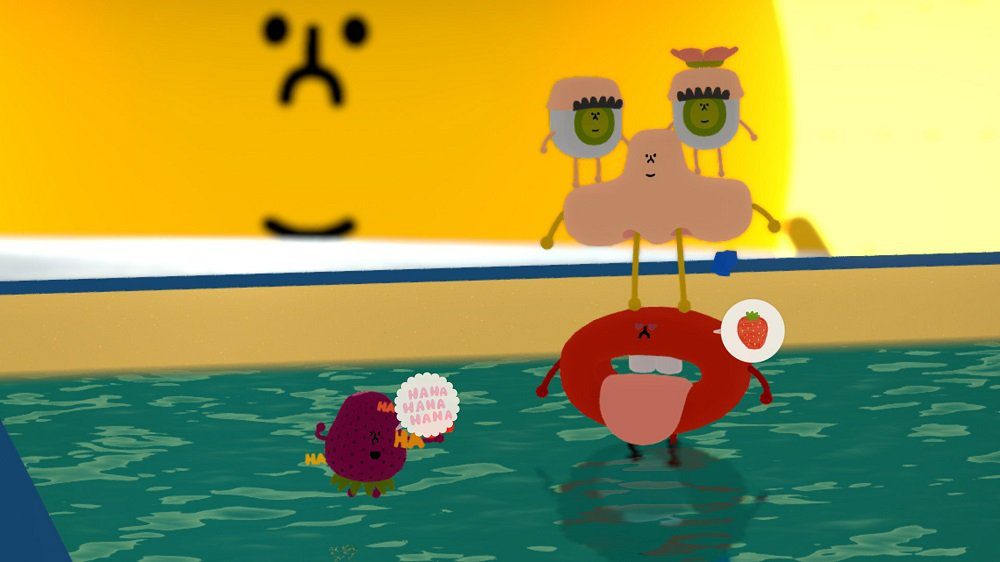 The “ultimate goof around simulator”, Wattam, is preparing to make its debut on the Steam platform. Annapurna Interactive’s curious tale of fun and freaky friendship has previously been available on PS4 and PC via the Epic Games Store, but will hit Steam on December 18.

Wattam allows players to explore a bizarre and colorful universe, with the goal of befriending as many people, creatures, and seemingly inanimate objects as possible. Lacking a strict sense of focus, Wattam rewards players’ exploration and puzzle-solving abilities with a cast of over 100 completely off-the-wall characters, including sentient rocks, plants, animals, toilets and… erm… poo.

Created by Katamari Damacy’s Keita Takahashi, Wattam retains not only the esoteric developer’s eye for creating strange and charming worlds and inhabitants, but also his profound message on the natural joys of life, living and companionship. A message that goes some distance in 2020.