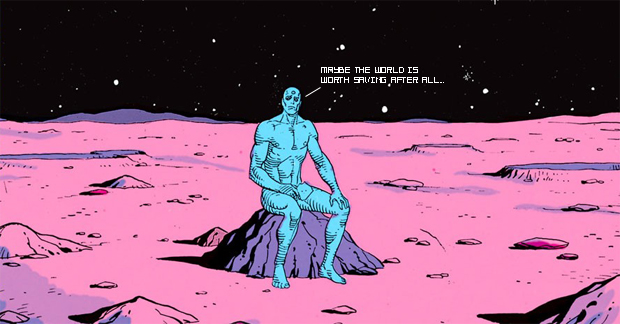 Beneath a Steel Sky is one of the greatest adventure games ever made. Watchmen is likely the greatest graphic novel ever made. Watchmen was remade with the blessing of Dave Gibbons, the artist who drew the comic. Now, Beneath a Steel Sky is being remade and the new art is being contributed by Dave Gibbons. Coincidence? You be the judge. Regardless, this is f–king awesome.

In addition to the remake, Revolution Software is open to the idea of a sequel. Talking with Eurogamer, Revolution’s managing director and creator of the original BaSS commented that sales of BaSS Remastered could sway the studio into developing a new installment.

Yes, you can jailbreak your phone and play the game for free. But if you like the game and like the kind of games we make, then pay us a little bit of money and, if it’s a big enough success, we can reinvest the funds. We can start to look at a potential BASS sequel.

You hear that? Go buy it. Don’t jailbreak your phone and pirate it. Buy the thing. I don’t even own an iPhone or iPod of any sort and I’m going to buy it. The possibility of a sequel is just too alluring and far, far worse games have had a string of sequels follow it.