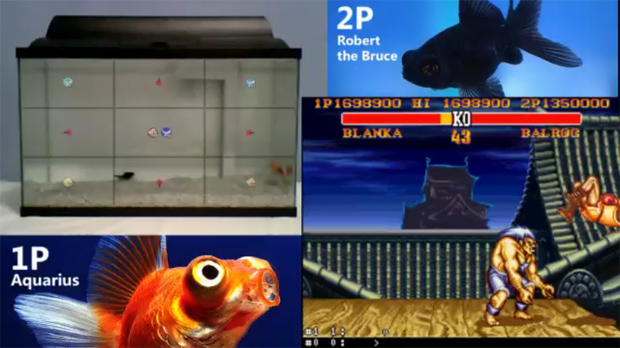 What a world we live in

First there was a fish playing Pokémon over a Twitch stream like it was a human or something, and now we’ve got two fish fighting each other in Super Street Fighter II Turbo.

If you’re new to this phenomenon, the tank is segmented into areas that represent different button inputs and when the fish swim into those areas, that information is sent to the game. I thought the aforementioned Pokémon stream was novel but grew tired of it given the (totally expected) slow rate of progress. With Street Fighter, there’s much more frequent action. Go Aquarius!

Important note: “The fish do not actually fight each other in real life, just in the video game. Thankfully their fish brains cannot comprehend the violence at this level of abstraction.”