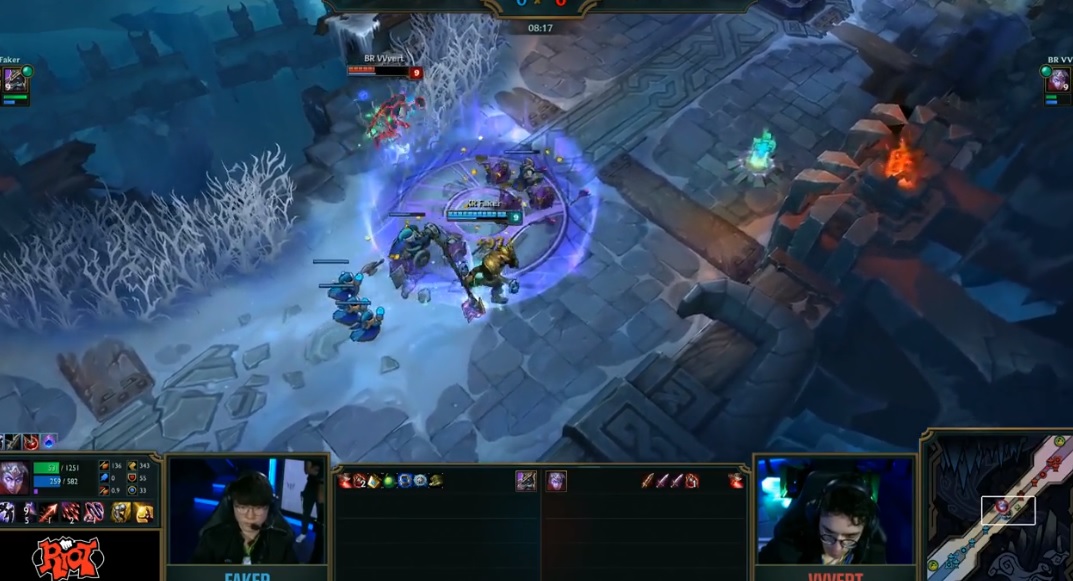 I’ve heard the phrase “that’s it, 1v1, heads-up!” so many times when it comes to video games, mostly with the Halo series. You don’t normally think that it’s a thing for professional League of Legends players, but there actually is a duel mode in place. Two people pick Champions, play on the ARAM one-lane map, and battle it out for first to 100 minions, first kill, or first tower destruction (the main difference is that you can recall, unlike ARAM).

That very style of match happened last weekend with pros Faker and VVvert during the 2017 All-Star Event, with the former displaying an extreme level of dominance that some players have refereed to as BMing (bad manners). Just several minions away from a win, Faker dives VVert’s tower with Nasus (VVert was playing Varus), and makes him the 100th minion.

Despite the fact that Faker’s team lost the last world championship, he’s still at the top of his game. You can watch the full encounter below, starting at the 7:02:00 mark (with the match ending near 7:09:24).