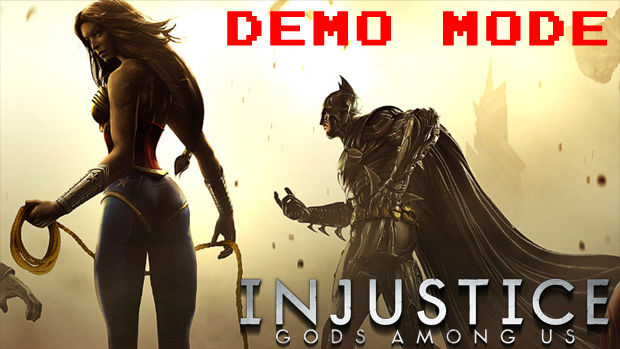 We should really be better at this stuff

The demo for Injustice: Gods Among Us has released this week to Xbox Live Marketplace and PlayStation Network, so Jordan Devore and I decided we would give it a little look-see. What we found is that we’re not very good at playing it, which might amuse some of you out there.

It feels like a heavier, slower game than even Mortal Kombat was, which isn’t necessarily a criticism. I have no doubt that in capable, practiced hands, combos and counters can fly in rapid succession but we never managed to pull any of that off ourselves. The environmental interaction is pretty sweet, though, and the seemingly invincible helicopter hovering over the Gotham City stage kept us rather entertained.

You can check out the demo for yourself, of course, but feel free to watch this video featuring some of our impressions (and a whole lot of groaning). Injustice: Gods Among Us releases in full on April 16th in North America and shortly thereafter in Europe and Australia.