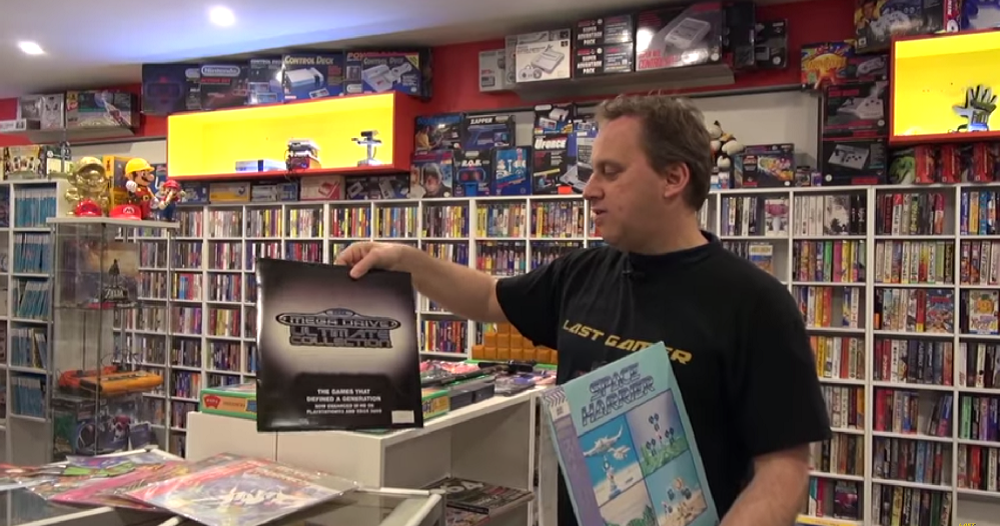 Australian hoarder extraordinaire Joel Hopkins currently holds the Guinness World Record for the largest game collection, totaling 17,446 games as of last year. Yesterday, Joel (under his online persona of ‘Last Gamer’) uploaded an 80-minute video tour of his game room, which is the stuff of a madman’s dream. A really, really wealthy madman’s dream.

Among complete collections of games for various consoles and home computers, Joel also has a plethora of awesome merchandise and memorabilia. This includes the Ghouls n’ Ghosts board game you never knew you wanted, complete print runs of ’90s magazines such as Amiga Format, and laserdisc guides to Space Harrier and Street Fighter II.

It’s a real sight to behold and the perfect video for a lazy weekend, so feast your eyes and fantasize!