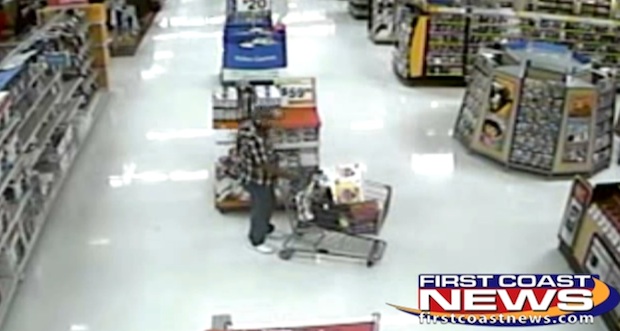 This tubby and crafty Walmart shopper took 54 copies of Madden 2012 home with him, saving himself $3,287.84, and he used Walmart’s offerings to help him in the theft.

Late last month this shopper was caught being resourceful at Wally World. The video you see above shows him taking several copies of Madden 2012 for both PS3 and Xbox 360, but he didn’t leave the store from there. He proceeded to the hardware department, where he used the tools there to pry open the security cases and take the games. Police said that he returned to this display again and again to totally clean it out!

He made a clean getaway by stashing the games on his person. Orange Park, Florida authorities are still looking for this man.