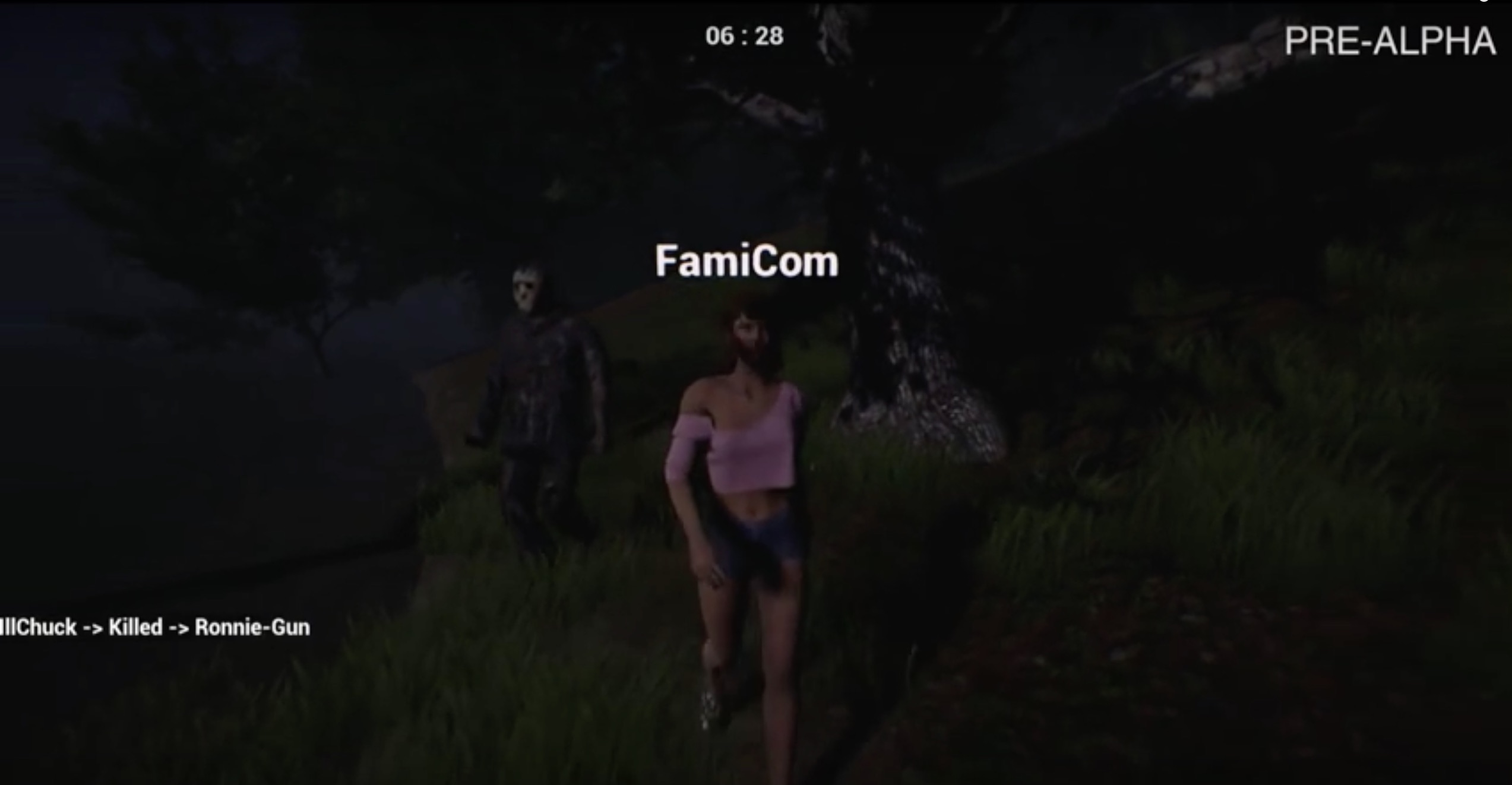 To celebrate hitting its Kickstarter success, Gun Media – the team behind upcoming horror Friday the 13th The Game – has released a “RARE glimpse” of the work-in-progress game.

“This is a RARE glimpse into a game development prototype build that we’re using to test and prove out gameplay design concept. All of the assets, character models, animations, etc… are temporary assets, put in place so we can test in a reasonable context. The art, sound effects, music and gameplay are not final by any means.”

The caveats are kinda of a moot point — the clip’s so dark, you can barely make out any of the assets anyway. But you do see a girl in short-shorts and everyone’s favourite hockey-masked lunatic, so that’s nice.

“We are focusing on fun first and foremost during the pre-alpha stage, and using this time to nail an authentic Friday the 13th experience featuring Jason Voorhees. Models, animation, UI/HUD, etc… will improve as the project moves forward. Thank you for all your support!”

Friday the 13th game has cleared its Kickstarter goal of $700,000, with only a few days to spare but fell short of the $5.5 million it sought via stretch goals.

What do you think of the new footage?