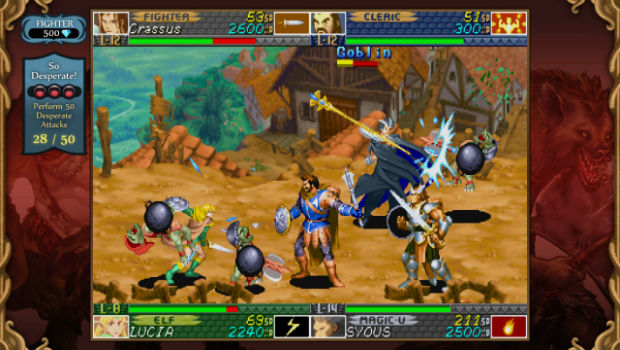 Chronicles of Mystara is launching this June

Capcom has a new trailer for Dungeons & Dragons: Chronicles of Mystara, which is coming to XBLA, PSN, the Wii U eShop, and PC this June. It features the Fighter character, who although crass, never fails at beating the ever-living crap out of things.

As I said in my hands-on with the game, Mystara is a pretty enjoyable, classic beat-’em-up. If you missed out, you’ll definitely want to see what all the fuss is, especially with four-player drop-in, drop-out co-op.