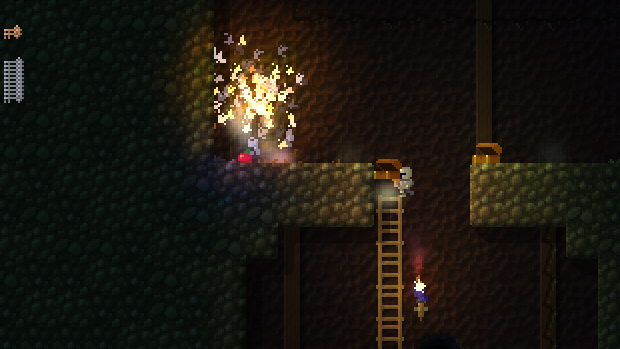 Timelapse footage from the very beginning of development

Game development can be a long process, and those on the outside of it rarely get to see what goes on at the very beginning other than concept art. The reason is typically that the early iterations of any game are generally ugly, buggy, and unpresentable.

Indie developer Nick Donnelly does not mind showing the ugly beginnings of his project The Dungeoning. Wanting to document the entire process, he snapped more than 3,000 screenshots over the course of two years of the pixel art roguelike platformer, then stitched them together into the video above. The result is fascinating; what starts out as a hot mess gradually transitions into something that looks worth playing, with dynamic lighting on pixel backgrounds that give it an almost Legend of Dungeon look. Also, there is a funny death message that briefly replaces “You Died” at around the 3:38 mark of the video.

The Dungeoning is currently on Steam Greenlight, hoping to release on PC, Mac, and Linux.