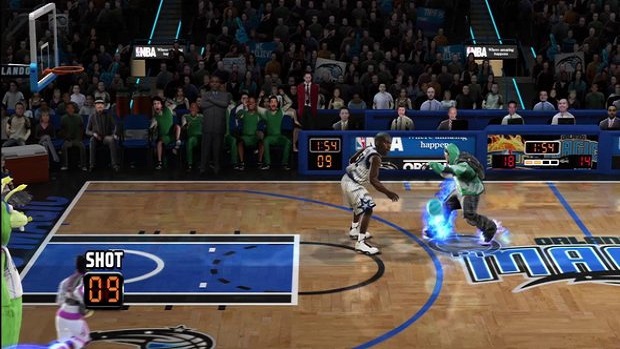 As if these SSX snowboarders didn’t have enough to brag about already with their outrageous, death-defying stunts, ScrewAttack has gotten exclusive gameplay footage of these snowboarders playing basketball in EA’s upcoming NBA Jam: On Fire Edition.

Scheduled for release on October 4 and October 5 on the PlayStation Network and Xbox LIVE respectively, Team SSX will be an unlockable team featuring some of the snowboarders from the SSX franchise shootin’ some b-ball while performing some incredible jumps as seen in the video.

Damn them and their awesomeness.