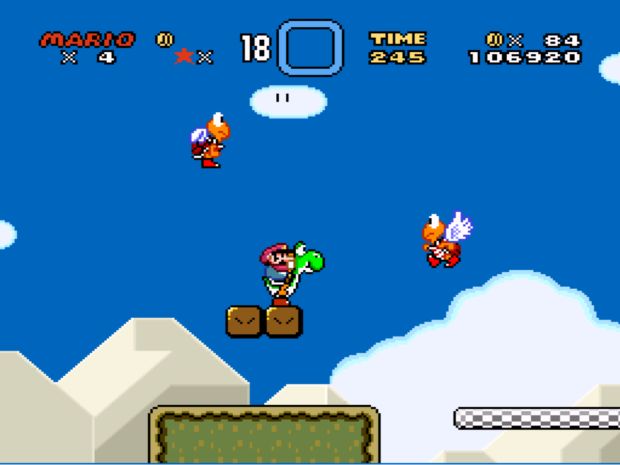 Trust me, you want to watch this video

There were a lot of highlights out of Awesome Games Done Quick 2014 this year, but this one in particular takes the cake for me. During the Tool Assisted Videos portion of the marathon, the people behind TASVideos.org shared this very special demonstration based on Super Mario World.

Masterjun is the creator of this TAS, and basically he was able to make Pong and Snake within Super Mario World without hacking it. There were eight controllers connected to the Super Nintendo via multitaps (remember those?) all synced to the TAS Bot,  a Raspberry Pi attached to that R.O.B.

Here’s the technical breakdown from TASVideos.

“In short: I manipulate where the moving objects (sprites) are located or where they despawn, then I swap the item in Yoshi’s mouth with a flying ?-block (thus the yellow glitched shell) and using a glitch (stunning) to spawn a sprite which isn’t used by SMW and since it tries to jump to the sprite routine location, it indexes everything wrong and jumps to a place I manipulated earlier with the sprites (OAM) and because of the P-Switch it jumps to controller registers and from there the arbitrary code execution is started.”

You can watch the live demonstration and explanation starting at around the 32-minute mark.