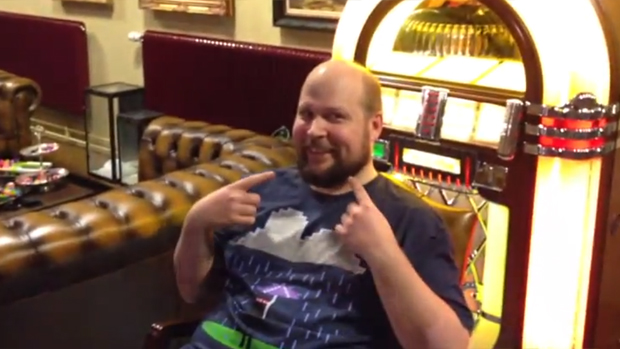 Because you’re clearly not doing anything important right now

During this past week’s Mojam event, designers from Mojang, Vlambeer, Wolfire Games and more participated in a 78-hour game design challenge. All of the games created were offered through Humble Bundle in exchange for a donation, with proceeds to support the Electronic Frontier Foundation and Mojang’s own “Block by Block” partnership with UN Habitat.

Mojang’s founder Notch offered a significant inducement to donors should sales of the Mojam 2 bundle reach $500,000: his beard. I suppose it goes without saying that the threshold was reached. Of course, just because Notch’s beard is gone doesn’t mean that your charitable good nature should be as well. Humble Bundle is still offering the Mojam 2 bundle for two quite worthy causes, so you may want to cruise over and pick up some little games while feeling good about yourself at the same time.

And, before you ask, no. The wife won’t allow it.