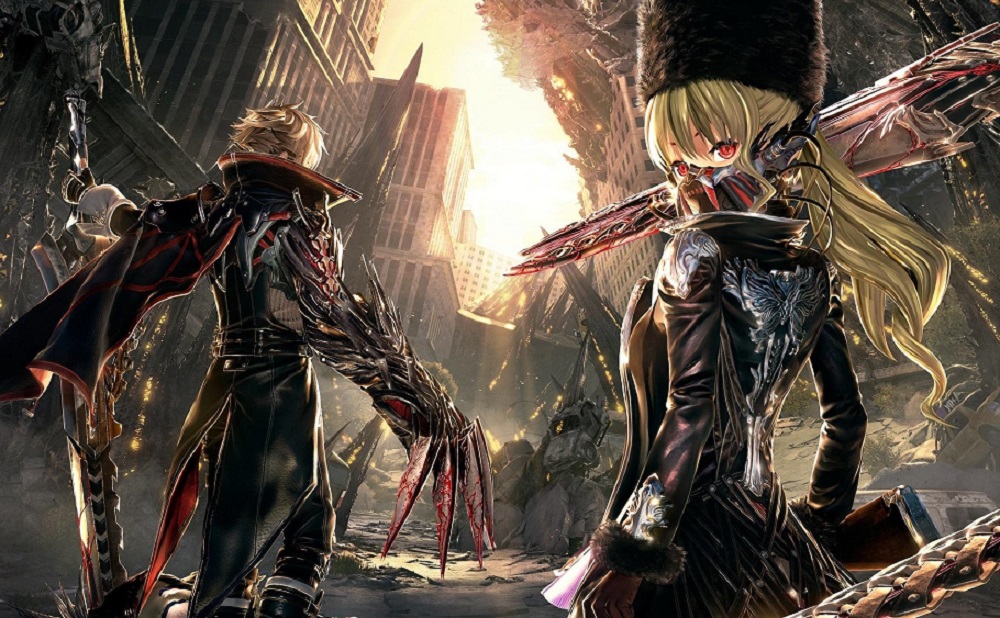 While I was at Namco Bandai’s Level Up event in Paris, I had the opportunity to check out the exceedingly metal trailer for their upcoming release Code Vein, as well as get a few minutes with the hardcore action-RPG itself.

Absolutely dripping in Gothic aesthetics and leather-and-lace stylings, Code Vein is an anime adventure set in a dystopian, post-apocalyptic universe. You play as The Revenants, vampire-like beings who fuel their “gifts” — or special powers — by drinking the blood of their enemies.

With blood being in limited supply, trouble brews when a mysterious being, known as “The Queen” shows up to claim what little resource remains for herself. This forces the Revenants to battle against her and her minions, lest they run out of blood for themselves and become “The Lost”, mindless creatures wandering and rabidly attacking all, which is amusingly the same backstory for the Augers in Night Trap.

As you can imagine, combining Goth fiction with anime tropes has resulted in a fairly melodramatic narrative, all deep-thinkers, conflicted morals and betrayed hearts. Set against this backdrop is taxing gameplay which, unavoidably, draws instant comparisons with the genre recently dubbed “Soulsborne” Like other games within said genre, Code Vein features very specifically-paced gameplay, featuring slow, methodical combat and highly-damaging, resilient enemies. The protagonist, and supporting characters, journey through the remains of their battered world, taking down creatures with ornate weaponry and an array of powers, including projectile attacks, health heals and status buffs.

Code Vein requires patience in battle, tentative balancing of attack and defensive maneuvers and management of various resources if you are to overcome the ghastly creatures bearing down on all sides. Anyone who has played FromSoft’s wares will instantly be at home with the intense combat, while those less-experienced with the genre (like myself), will probably find themselves on the business end of a beatdown.

The game has a nihilistic atmosphere, with doom and gloom to spare. The misshapen enemies look like they were created from some terrible Lovecraftian nightmare. Sound is violent and oppressive, with deafening impact and guttural screeching. The only bizarre misstep was the dubbing of my partner, sniper Mia Karnstein, whose sardonic, womanly tones don’t match the model’s anime child-face.

A game with such an intense atmosphere and deep control system is not best-suited to a ten minute demo. As such I don’t feel I truly got the most of Code Vein. I did, however understand the game’s intention: to present an apocalyptic Goth/anime storyline, featuring dark characters and grim intentions. All played out through its unforgiving combat and challenging gameplay.