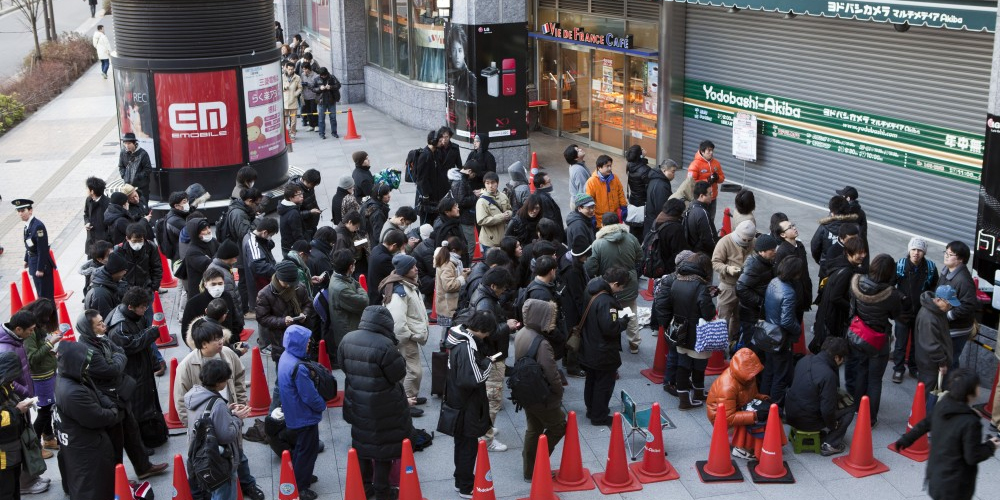 From NES to Wii U

Today, Nintendo launches the first next-gen system or last current-gen system, depending how you look at it. Things always appear different in retrospect, which is perfectly illustrated in these bizarre, ancient clips of Nintendo’s past system launches. There is something about a Nintendo home console launch that makes fans go crazy and the media go even crazier, as a result.

Don’t believe me? Take a look.

Look at those mustaches! Yup, it’s the early ’90s. TV news media still awkwardly reports on game launches, treating those that stand in line as deviants, but not to the degree media did in the ’90s. It’s as if the newreporter wants to say, “What the hell is wrong with you!?” The part when the little kid nerd rages on the newsreporter makes it all worth it: “You don’t know! You’re a grown-up! You hardly do this!” the kid yells. Hell yeah, kid! You tell him!

Instead of standing in line for the Super Nintendo, these kids are stuck in a room with a hack therapist because they are too “Nintenpendent”. This is one of the most laughably sensationalized displays of news media exaggerating the effect games have on kids. The news station uses the launch of the Super Nintendo as a way of scaring its audience of the perils of videogames. Keep an eye out for the stunning green screen effects that put the newsreporter into F-Zero.

The Nintendo 64’s early years was my favorite time with a Nintendo system. I remember bringing it home and being blown away by all them friggin’ bits. This news clip on the system’s launch is pretty dry but worth watching for seeing some old talking heads. It’s always amusing to hear a game journalist from 1996 saying, “These are the graphics we always hoped we’d be able to see.” But, seriously, some one tell those kids to not sit so close to the TV. I mean, c’mon. That’s like basic parenting, right there.

4. Japanese launch of the GameCube, September 2001

Billy “Louie the Cat” Berghammer has been in the industry for longer than most journalists. I love the guy! Here’s Billy at the Japan Gamecube launch, showing the event from a Westerner’s perspective. The launch took place just two days after the Sept. 11 attack in the US, which explains the somber opening of the video. Either Billy visited the wrong store or the GameCube had a really sad launch in Japan, going by the video. Watch the following videos in the series for more.

Back in 2006, before Destructoid was sent multiple early pre-launch console for review, we did stupid stuff like stand in line with people during a system launch. Here’s a buried Dtoid video of us hanging out at Toys R’ Us for the Wii launch. You know, just because. I have a feeling the Wii U launch won’t be quite as intense as the Wii’s but who knows until it happens. Be safe out there, people! Keep your Wii U close and your riot shield closer.