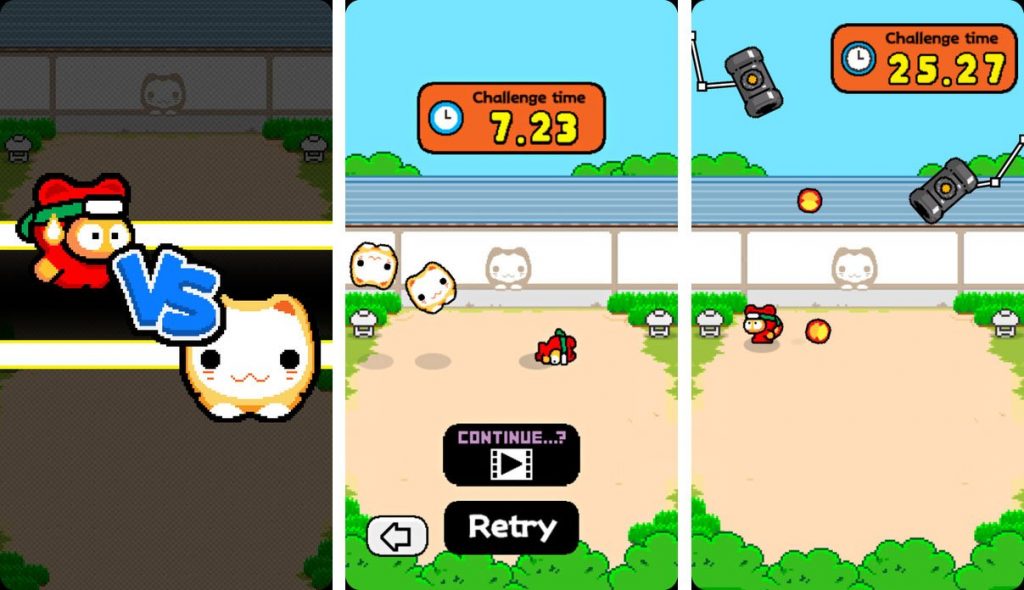 Dong Nguyen isn’t a name most people will recognize, but he’s responsible for a gaming phenomenon that most everyone knows of. Nguyen is the man behind Flappy Bird, a simple mobile game about navigating a weird-looking creature through sets of pipes. Depending on who you ask, it’s either an addictive time-waster or a blight on the entire medium of video games.

Nguyen has just released his newest mobile title, Ninja Spinki Challenges, on both iOS and Android. Ninja Spinki is a series of six mini-games collected together as a series of 30 challenges. They’re straightforward and uncomplicated tasks like dodging projectiles, jumping over fruit, and throwing shuriken at targets. The game is effortless enough at first.

However, as you progress, Ninja Spinki gets quite difficult. The obstacles come at a much faster clip and the time you must endure is much longer. Most people will find themselves failing many times over in their quest to eventually complete all 30 challenges.

There is, though, a devious implementation of advertising to help you get through the game. Upon failing, there’s a choice between retrying or continuing by watching (or, in some instances, playing) an ad. Doing that will pick up the unsuccessful run where you left off. But, this can only be done once per attempt. You can’t watch 10 ads to get through one 30-second challenge.

This is a particularly insidious business model because players can’t brute force their way through the game. They will fail many times even when watching an ad; that’s the nature of this game. Limiting it to one per try means that the cumulative ad views will surely be higher than if Ninja Spinki took an unlimited approach. That carrot on the stick is more tempting when you feel like you earned it. That’s why so many people will chase it.

As for the game itself, it’s simple but decent — certainly more refined than Flappy Bird. But it also feels as if it was designed in order to make the user watch ads. It’s free and doesn’t feature any microtransactions, but most people would be hard-pressed to agree that this approach is any better.