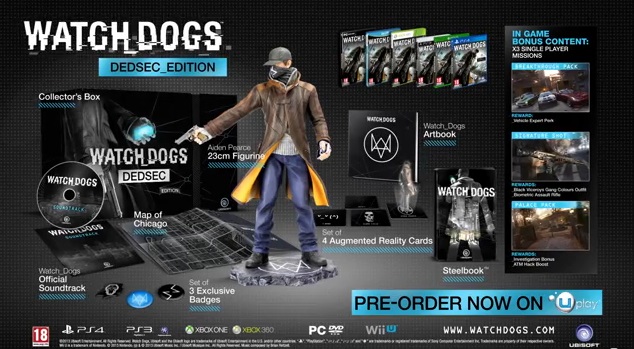 A minor upgrade from the limited edition version

Watch Dogs is nearly here, and in true Ubisoft fashion you’ll be able to choose from multiple collector’s editions. One such choice is the Watch Dogs “DEDSEC_EDITION.” It’ll come with an Aiden Pearce figurine, an 80-page artbook, four AR cards, a steelbook case, the game’s soundtrack, an a map of the game’s version of Chicago. It’ll also ship with a few in-game bonuses, which mostly look like cheat codes.

This edition is apparently exclusive to Europe, the Middle-East, Asia, and Australia/New Zealand.