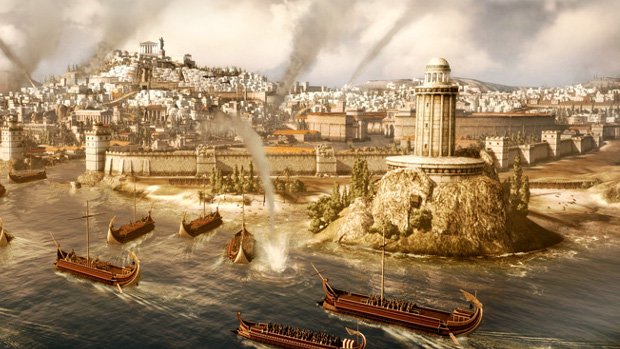 If you have ten minutes, you should watch this city get attacked while James Russell, the lead designer on Total War: Rome II, goes into detail with the new mechanics.

I have played every Total War game to date, and they have always been small iterations on the previous title. This one seems different — like a leap forward to a new generation. Visually, Rome II looks amazing, and more depth has been added with subtle things like facial animations for each soldier. The battle they show off is one of the new hybrid battles; it starts on sea and it crosses over to land. I can’t wait until the end of next year to get my grubby little paws on the game.