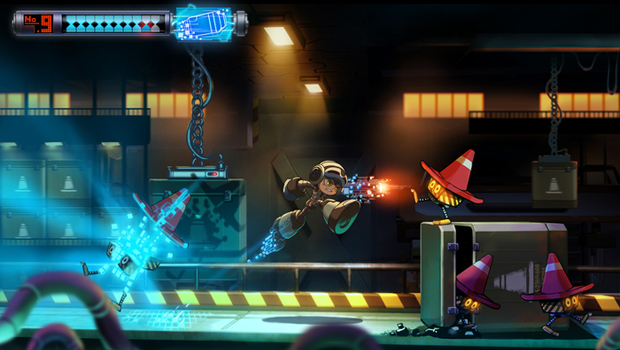 Sorry, no T-shirt for you

Keiji Inafune won PAX Prime 2013, no contest. If you attended PAX and didn’t go to his panel, you missed out on being able to personally witness the biggest middle finger to ever be waved in Capcom’s general direction.

Of course, news of Mighty No. 9‘s Kickstarter announcement spread around the web faster than lightning, but only panel attendees could snag one of the limited numbered Mighty T-shirts. I myself walked out with #505 (was kind of hoping for #404, to be honest). And Jonathan Holmes, that sneaky bastard, didn’t even attend the damn thing yet was able to run to the room and convince the shirt distributors that he did.

Video crew 2 Player Productions released footage of the entire PAX panel so you can at least experience the magic vicariously. If you want to jump right to the Mighty No. 9 announcement, scroll ahead to the 26-minute mark. Other highlights include: The Protomen in the back row, Ben Judd’s #069 T-shirt, Inafune forgetting to check the confirmation box when trying to launch the Kickstarter, and thunderous applause every time another donation is made in real-time.