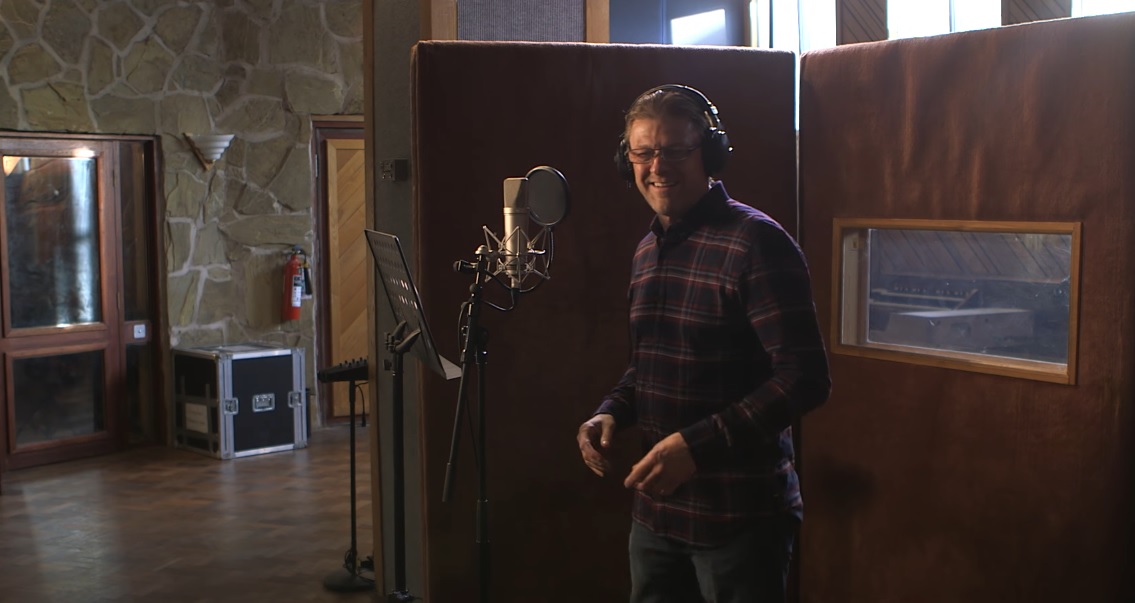 As if Sean Bean doesn’t already joke about dying in nearly every one of his films, he makes a crack about being “replaced” in the next Civilization, creating a canon death for his character, the narrator. It’s heartbreaking!

More triumphantly, you can get a little behind-the-scenes look at this process, in which he low-key says it’s easier than making films because you have the lines in front of you. Oh, and the brief footage of the chorus that performs live music? Wonderful.

I wish there was hours of footage of Sean Bean smiling in a sound booth.