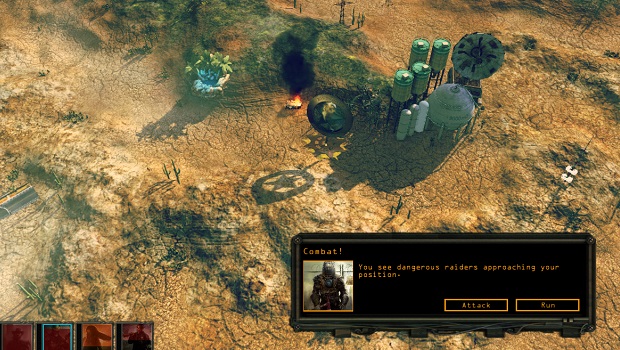 Wasteland 2 was one of the first major post-Double Fine Kickstarters to get funded and there’s been a steady trickle of updates about inXile’s post-apocalyptic title. Today we’ve got news on some backer rewards, beta access, and the world map for the game. Whilst we know that the game itself will have a 3D isometric viewpoint, the 2D world map is going to be critical to players’ surviving the wilderness.

Things like water sources, pockets of radiation, and areas of high-level enemies will have to be scouted out and avoided or visited regularly, depending on your party’s needs. Skills like Outdoorsman will be vital to your success if you’re planning on spending extended amounts of time in the wastelands but that’s just the type of area that I want to explore.

An early-access beta was due to be happening in October for the game’s Kickstarter backers and that’s said to be very close. The beta itself will be distributed through Steam, although the final game won’t be exclusive to Valve’s service. Another treat for backers will be an up-rezzed and re-tooled copy of the original Wasteland. If you’re not a backer, then you’ll be able to get a copy via Steam or GOG.com.