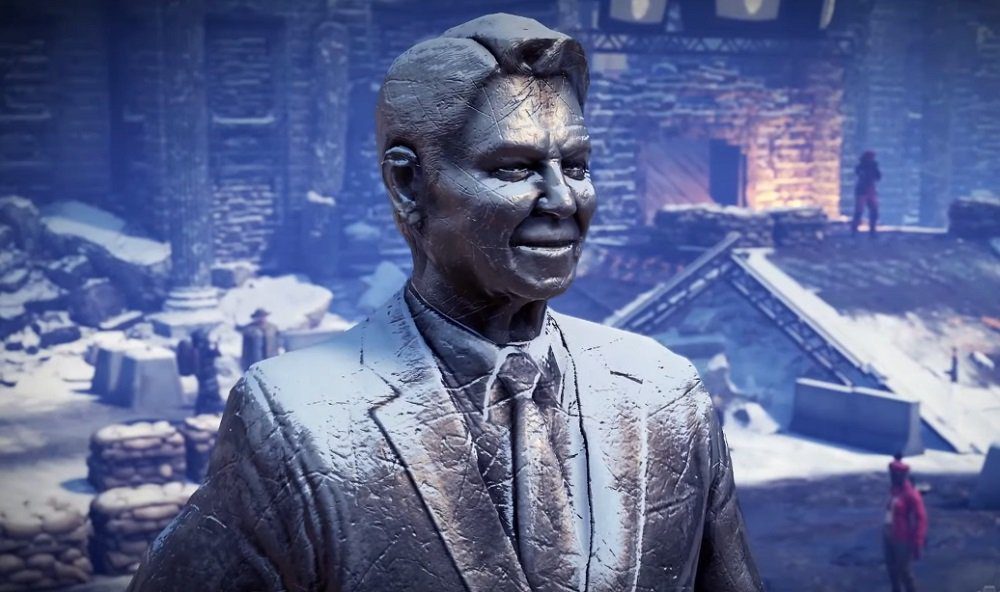 As part of IGN’s Summer of Gaming presentation, Deep Silver has released another cheery trailer for its post-apocalyptic sequel Wasteland 3. Set in a devastated Colorado, the new preview introduces players to some of their fellow survivors, forced to do whatever it takes to thrive in the harsh aftermath of global destruction.

The video name-checks several dangerous new factions that players will encounter on their journey through Wasteland 3, but we only get to learn a little about a handful of them. First on the agenda is The Patriarch’s Marshals, a fascistic law regime designed with “selective” law and order in mind. Things get very weird with the introduction of The Gippers, a band of survivors eagerly awaiting the second coming of their legendary messiah, Ronald Reagan. No, seriously. They even have a laser-firing statue and a Max Headroom-style hologram of President Ronnie.

Also name-checked are The Hundred Families, The Refugees, The Scar Collectors, and many others, all of whom I’m predicted are totally cool, very welcoming, and ready and willing to share their food and resources with you and your rag-tag band of Desert Rangers. How you approach and engage with each of these factions will play a major part on whether you leave with new allies, leave a fiery aftermath, or leave feet-first and lying down.

Wasteland 3 was delayed due to the ongoing COVID-19 pandemic, but is now scheduled to launch August 28 on PS4, Xbox One, and PC.