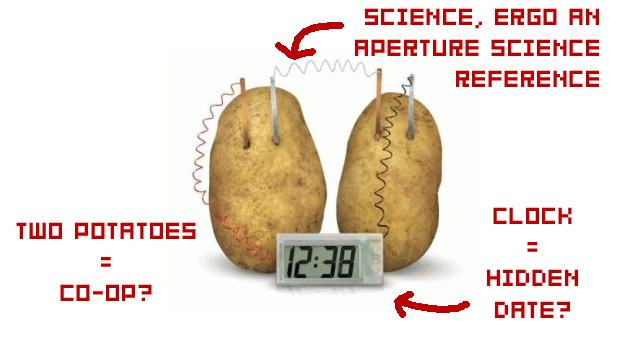 Readers and people on Reddit have found some vague connections in the indie games that make up the Potato Sack pack on Steam. Connections that may or may not be part of a Valve alternate reality game (ARG).

These supposed connections that people are theorizing about have been collected on a wiki, where people are going over all the changes that were patched into games for the ‘PotatoFoolsDay’ madness, in order to find hints of Valve projects like Portal 2 or possibly ‘part 3 of a game that shall not be named to maintain sanity.’

For instance, some games now have references to <test>, which in the case of Cogs results in some GLaDOS-like text, and some there are a few odd glyphs scattered around in games that didn’t have them before. Hmm? Hmmmmmm!

If you have nothing better to do today, go right ahead.