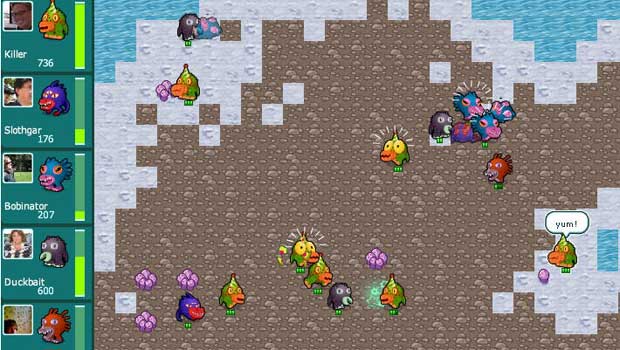 As if you didn’t already spend enough time on Facebook stalking your ex or laughing at pictures of people you knew in high school, Maxis has given you another reason to sit on the social networking service all day long.

Spore Islands is a new Facebook game that allows player to compete against one another for survival. You’ll create an island in the 2D title, design evolving creatures, invite friends to the island, or send your own creatures to friend’s islands. The idea is to dominate islands, becoming the most powerful species on Facebook. Which, when you say it like that, sounds totally weird, right?

Players progress is tracked on both Global and friends-only leaderboards, so you competitive types should head over to the Spore Island page to get you creature on. Anyone playing? Let me know what you think. Facebook kind of scares me.