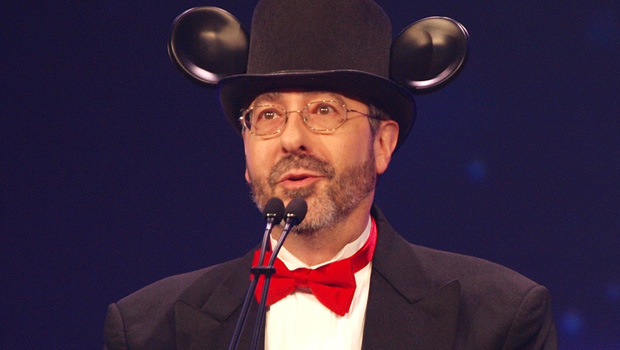 No one is going to dispute that the entire Epic Mickey franchise was the Matterhorn of unrealized potential. How much of that was due to developer Junction Point Studio’s lofty ambitions versus Disney’s demands and constraints, I couldn’t say. I will say that the Junction Point team was filled with highly talented individuals, such as studio co-founder Warren Spector. Having spent a day at Magic Kingdom with the man, I can vouch that his passion is 100% genuine.

It wasn’t hard to feel bad for Spector when Junction Point shuttered following poor sales of Epic Mickey 2. Legally unable to publicly discuss the matter until after April 1, he finally spilled the beans in an interview with GamesIndustry International. In addition to talking about his experience working under Disney’s wing, he also hinted towards his future game development plans and expressed apprehension towards working on AAA projects anytime soon.

Surprisingly, Spector doesn’t bear any deep grudge against his former employer and is rather grateful that he was able to fulfill a lifelong dream of working for Disney. Despite not quite understanding the tangled bureaucracy of one of the biggest media companies in the world — “I’ve learned that I don’t play politics very well, that’s for sure, and I’m not great with bosses, generally” — he doesn’t regret his initial decision to sell Junction Point to the House of Mouse. But that doesn’t mean that working on two massive AAA titles with equally massive teams didn’t take its toll.

“Oh, man, am I looking to work with a smaller team! I loved the Junction Point team. Position by position, that was one of the best, most talented, teams I’ve ever been privileged to work with. But there were just so darn many of them.” Spector is ready to shift into lower gear and work on smaller projects, partly due to just how punishing big-budget development can be: “As cool as triple-A games are, the time and money that go into them now is just soul-crushing, at least for me. There are so many voices you have to listen to, so many legitimate stakeholders, it’s just a lot less fun than making games should be.”

On the subject of modern game innovation, he praises smaller, more focused titles like Journey and The Walking Dead while expressing concern over the costs and risks associated with the biggest console titles. And when asked if the PS4’s specifications would encourage a new wave of innovation, he replied, “The irony is that increased hardware horsepower often sends us back a few steps in terms of design innovation – it takes so much energy just figuring out how to achieve graphical quality players expect, make sure our characters can pathfind around increasingly complex game worlds, and so on. Just figuring out what to do with new hardware eats up design bandwidth. I’m certain we’ll come up with all sorts of innovative designs, but it might take a while.”

Spector is interested in pursuing mobile development, but he understands that there are a number of hurdles that he’ll have to overcome: the lack of proper sticks and buttons and a way to “tell an epic interactive tale (or even a small, personal one) in five-minute chunks.” But not knowing immediately how to solve such problems “is exactly why I’m so psyched to try.”

At the moment, Spector is just enjoying some much needed downtime. He’s even started a monthly column on GamesIndustry, the first installment of which ponders the lack of gaming role models who are willing to break out of the “action” framework that most mainstream games are locked into. But whatever he plans on doing down the road, he’ll do so with a mind we’ve only scratched the surface of what gaming is capable of.