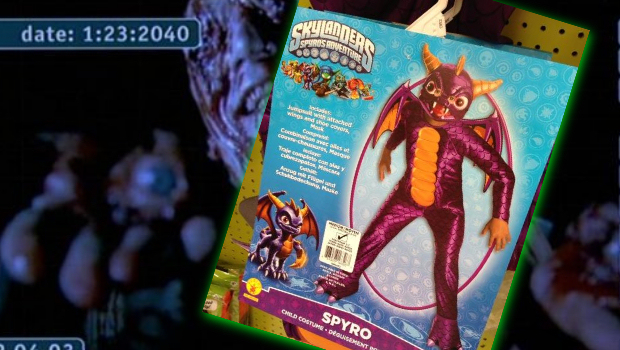 An eldritch horror from beyond reason

Behold! The LORD’s cruelest joke! Cast out from Heaven, rejected by Hell, and feared by the realm of mortals. The rules of nature apply not to this misshapen beast, for it is wrought of no natural element. It exists without existence, it lives beyond life as we of minuscule perception understand it.

The image above is the only known recorded image, for the monstrosity is usually unable to be replicated on film. Whatever black magic Nick Suttner undertook to capture the wretch’s visage, it could only be considered heresy of the highest order. The inquisitors have been summoned.

We know not from what loins this blasphemy did tear itself, we can but can safely suppose wicked deed and unspeakable ritual conspired at conception to taint the womb that carried it. Those who hear it speak are driven mad with the knowledge of every dark sin committed by human hands. Just smelling its foul stench is enough to render your heart without beat. It is the end. It is oblivion. It is … inevitable.

They call it Si’pyhrr’o, and it’s available now in all good toy shops.