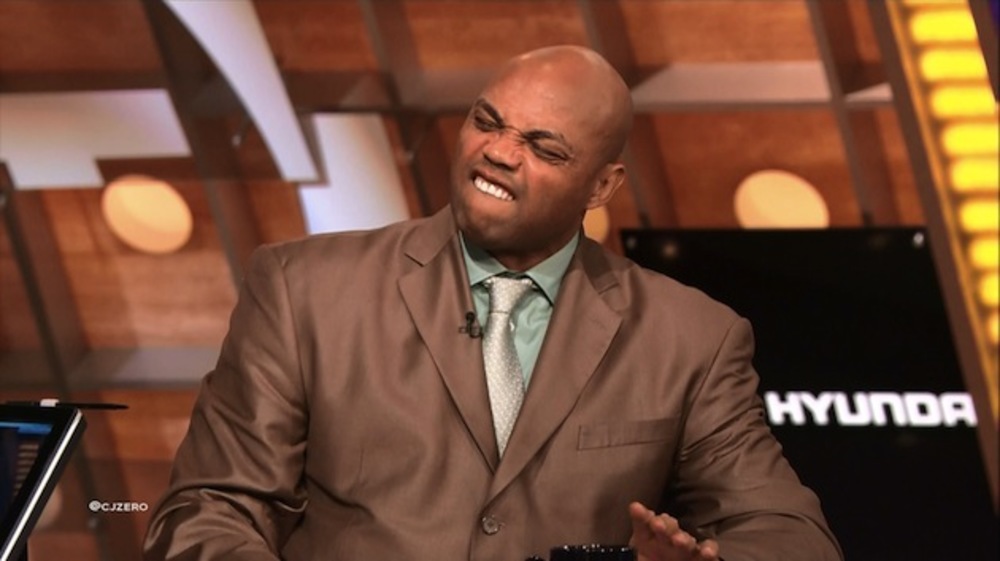 Come on and slam

[Seriously, have you ever played Barkley, Shut Up and Jam: Gaiden? DeadMoon is going to walk you through his experience ~ JuIc3]

Every once in awhile, a game comes along and completely obliterates your expectations. You thought you knew what you were getting into, but you couldn’t have been more wrong…. Barkley, Shut Up and Jam: Gaiden was that game for me. 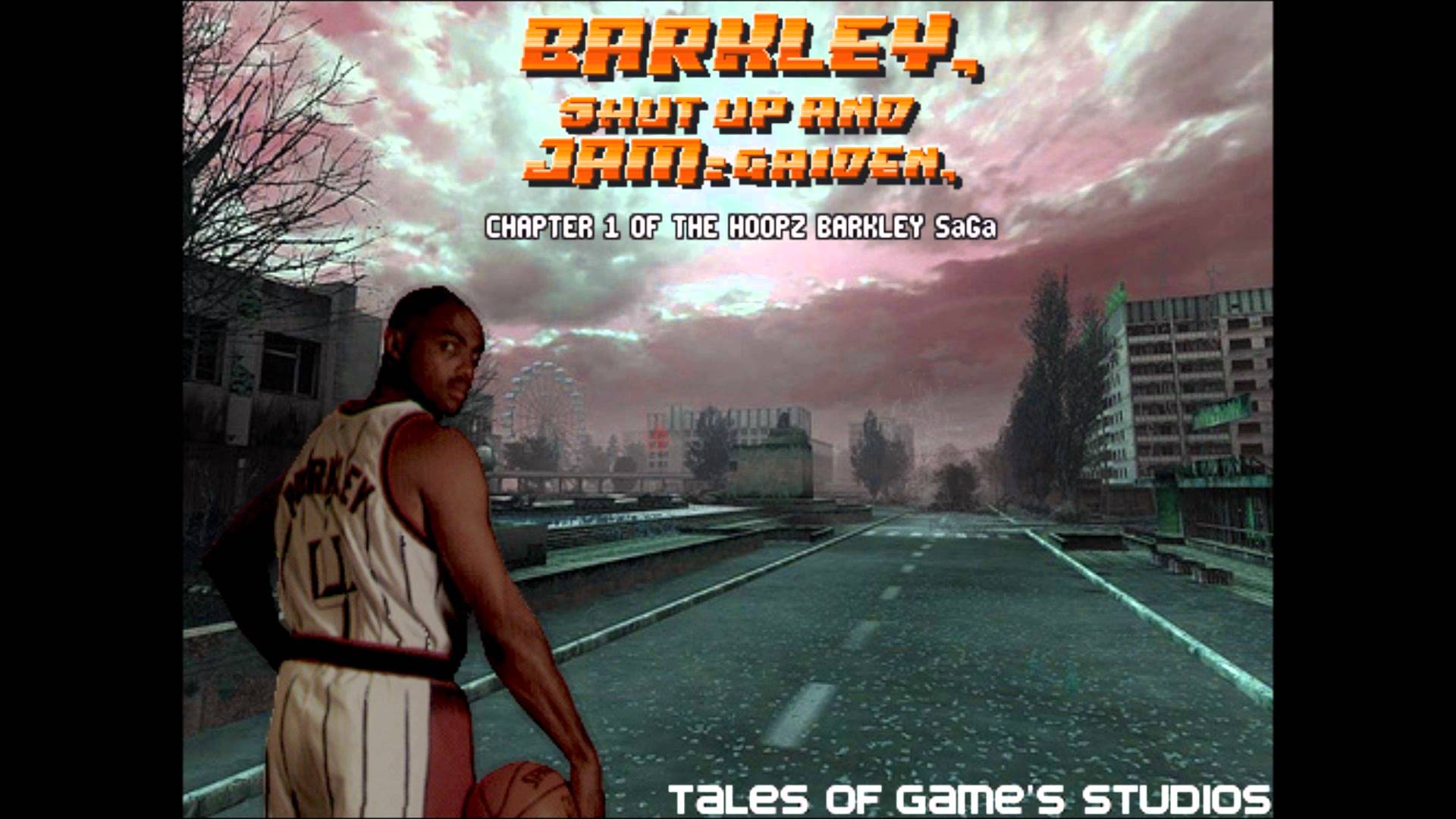 The story takes place, in the year 2053, after the events of the movie Space Jam. New York is now Neo New York. Basketball (B-Ball) has been outlawed. Charles Barkley is living in hiding with his son Hoops. Michael Jordan is the head of the B-Ball Removal Department, and he makes it his personal business to make Barkley’s life a living hell. I could go on about this stuff forever, but this trailer will probably explain the story a lot better. If you’re not completely sold after that (WTF?!?), I’ll be throwing more words at you and going into further detail down below.

By all means, this is a game that should not exist. It’s amazing that it’s lasted this long without any sort of cease & desist from the various properties/people lampooned in this wonderful little homegrown RPG. The story of Space Jam is considered “canon,” Charles Barkley plays the hero, Michael Jordan is the villain, Ghost Dad (Bill Cosby) is a boss fight, Wilford Brimley (“Die-Uh-Bit-Is”/The Diabetes Man) is a major character, and every single save point features text-based rants from actual (100% real) people on internet forums about how their favorite RPGs are underrated/misunderstood. Needless to say, I fucking love this game. 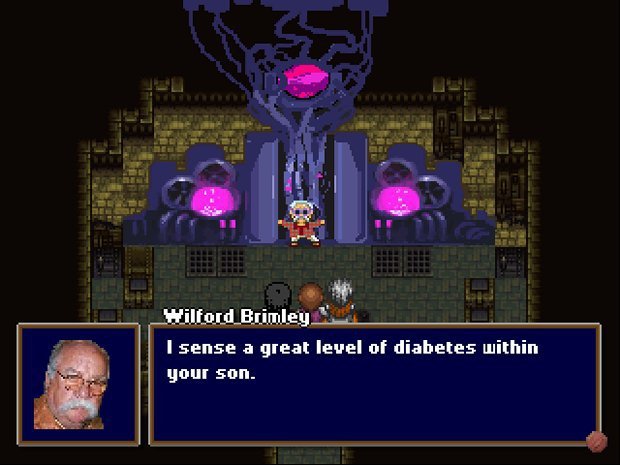 Seriously, folks! This may be one of the funniest video games I have ever played!!! In less capable hands, the jokes could have very easily worn thin over the duration of the story. Luckily, Tales of Game’s knew exactly what it was doing.

(Tales of Game’s staff being adorable….)

The genius in the delivery is that every character presented, every obscene/outrageous setting that these people find themselves in, and every single ridiculously stupid line of dialogue that they spit out. All of it is delivered completely deadpan. There’s no “nod/wink” to let you know that the game is in on the joke. They just keep piling it on in a delightfully weird, twisted, pop culture overdose sort of way that takes a little while to fully grasp. There’s really nothing else quite like it. 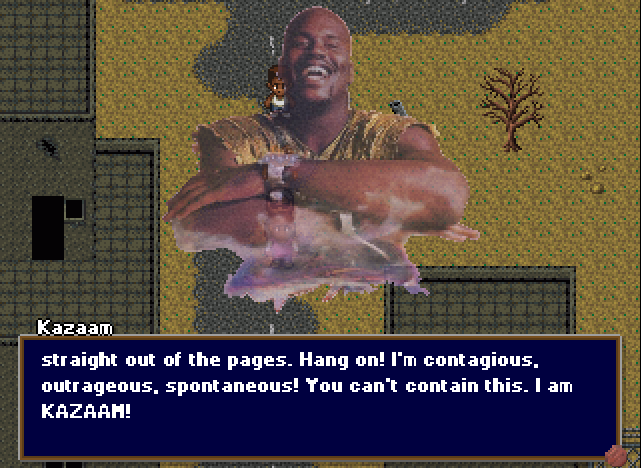 Eventually though, after a few hours, I became a bit numb to the constant onslaught of jokes. They were still funny, but my brain had started to adapt to the logic of the world. I had become, genuinely, invested in these characters and the world that they inhabited. It was kind of beautiful. That was when I first started to realize just how much I really loved this game. 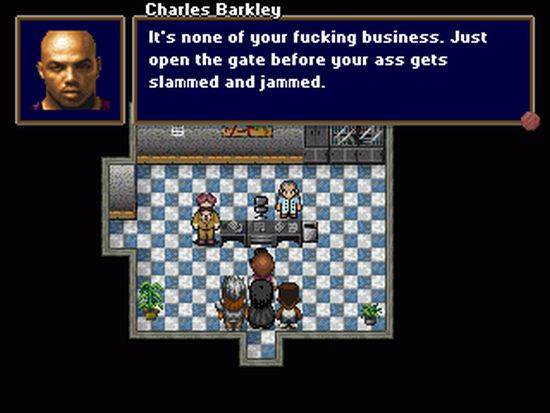 Of course, then I got to the Ghost Dad boss battle, and everything immediately became “Seriously, I’m going to start crying” levels of funny again……

Speaking of “battles,” the combat is actually really fun! It’s turn-based with timed action sequences (which determine how much damage you inflict) a la Mario RPG. It’s hardly revolutionary, but it does a great job of keeping you invested between story segments. Pulling off the perfect attack becomes strangely addicting. The story is the real star though. 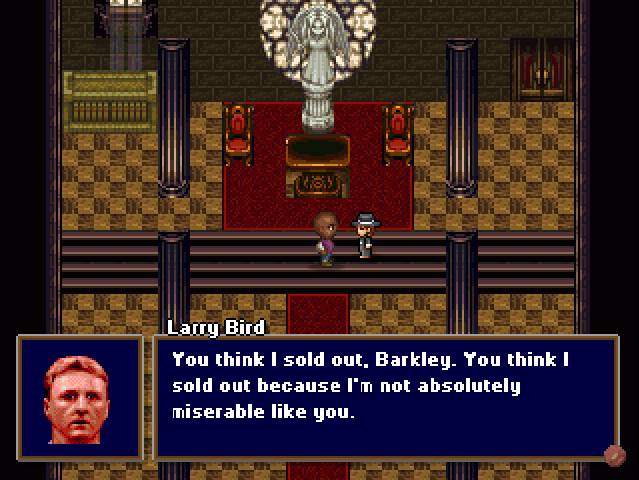 Tales of Games’ really knocked it out of the park with this one folks! For a game that started out in RPG Maker (later ported to GameMaker), the level of polish here is amazing. These guys put a lot of heart into this gloriously irreverent RPG about the escapades of Charles Barkley fighting against a dystopian future in a battle for everything that he loves. This game rises above its modest origins and delivers an experience that you simply cannot get anywhere else. The best part: It’s absolutely free. You can download it straight from the official Tales of Game’s website! It’s one of my favorite RPGs, and it’s absolutely worth your time! 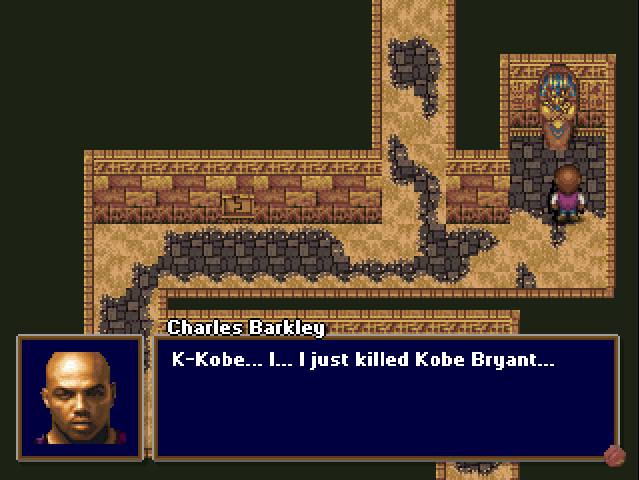