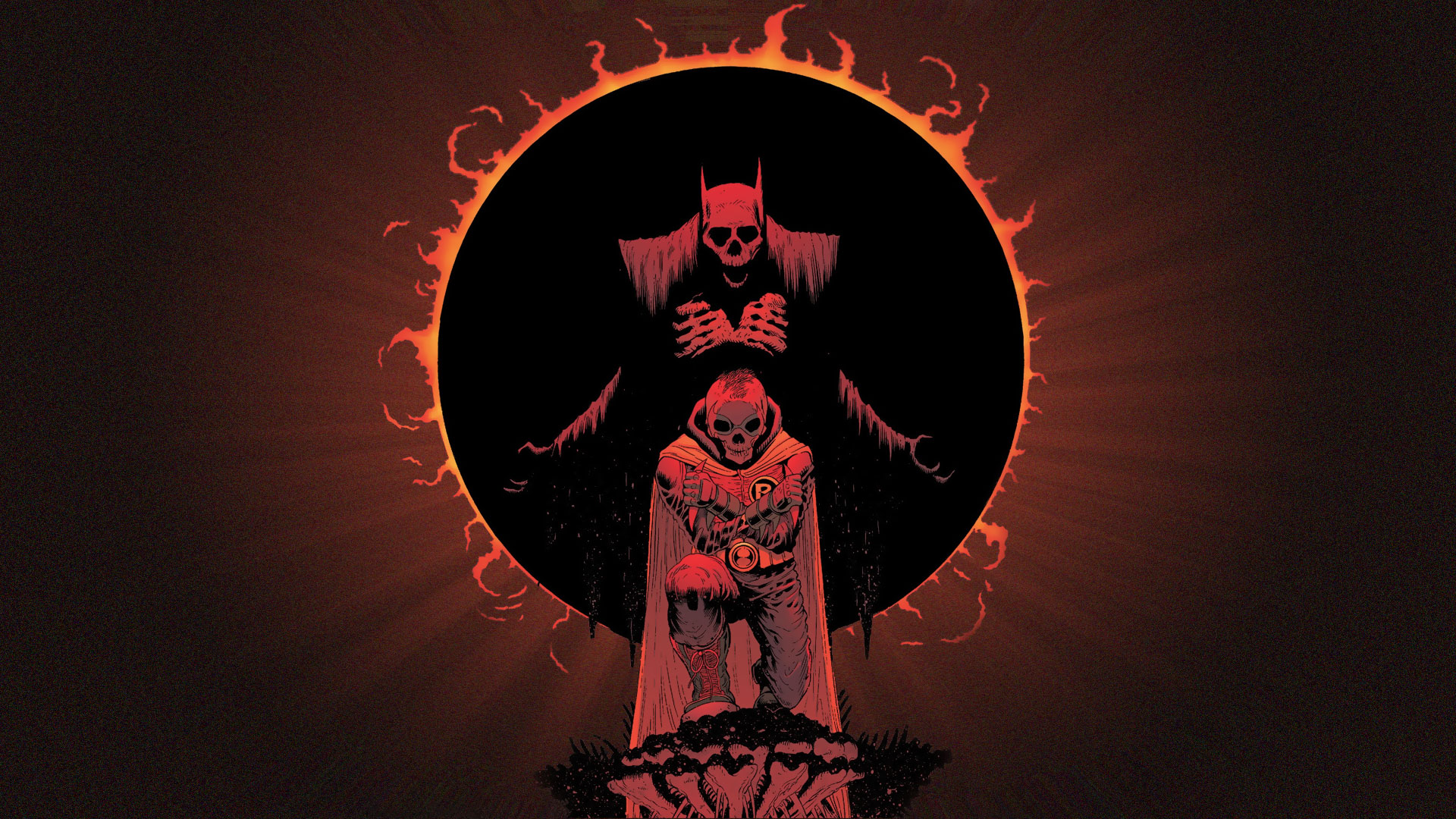 Thanks for the inspiration, dad, but I still hate you

About twelve years ago, I wrote a screenplay. I was overloaded with creative energy, because my dad got drunk and passed out on the floor in front of my bedroom door, so I couldn’t sneak out to go smoke on a bridge. Instead, I spent that night pouring my rage into the only universe where I felt safe. The wild world of Gotham City. Over the course of a single night, I wrote the screenplay for a Batman movie that would change the world, and the next morning I felt so powerful, so electrified that I printed that script out, shoved it in a manila envelope, and sent it off to Warner Bros Movieworks, Hollywood, CA.

They just got back to me a couple days ago. Apparently, while looking for ideas for the super-adult and serious Teen Titans, some interns found the script stained and dog-eared under a decade-old burrito that Christopher Nolan used to tease himself into a creative hunger with. Jerry Warner gave it to his son to read, and the son texted him an emoji he couldn’t decipher but looked positive enough to greenlight it! My dreams are coming true!

I’ve been approved to detail the screenplay here for you, as it will most likely change as Warner Bros screens it for focus groups behind vape shops across the country. I’ll show some actual snippets of my work with summaries to fill the gaps. 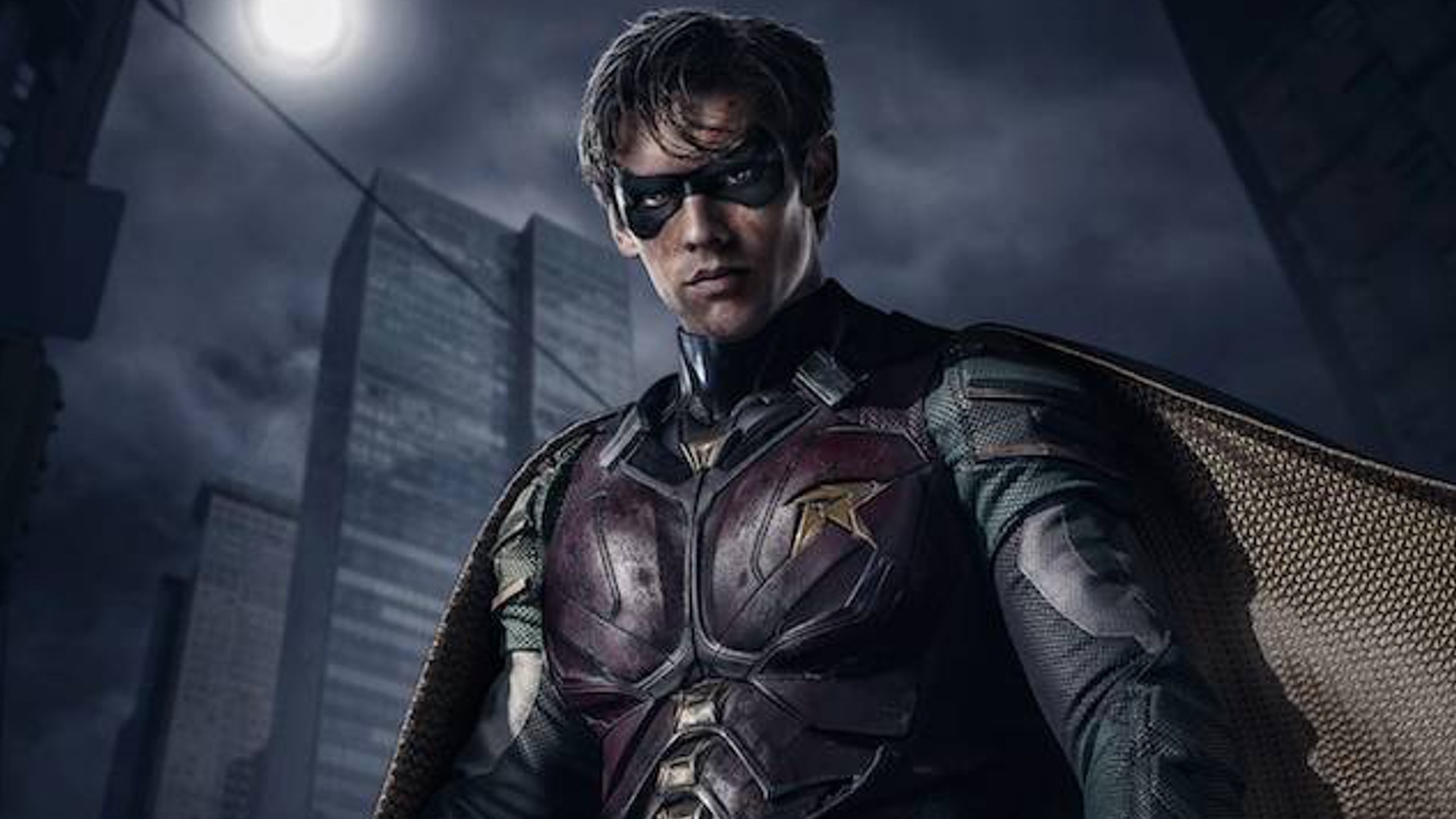 Our opening sees Robin just realizing what a monster Batman is, because Batman forces Robin to go to bed by 11:00 even though Batman can stay up all night fighting crime. 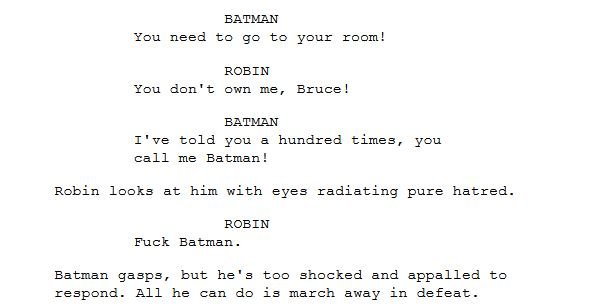 After realizing that Batman is both a fascist and a hypocrite, Robin decides that it’s high time he ran away from home. So, he only takes what he needs–his cell phone, a diary, and a pack of smokes–and escapes out a window into the shadows of Gotham City. He heads straight for the bad part of town, because he isn’t afraid. When he arrives, though, Robin meets some people who wish Batman was around to protect them, so he sets them straight.

After that, he realizes he’ll need a place to sleep, to lay low. Robin only knows of one person in the whole city who’s cool enough not to nark on him. His uncle–the Joker. 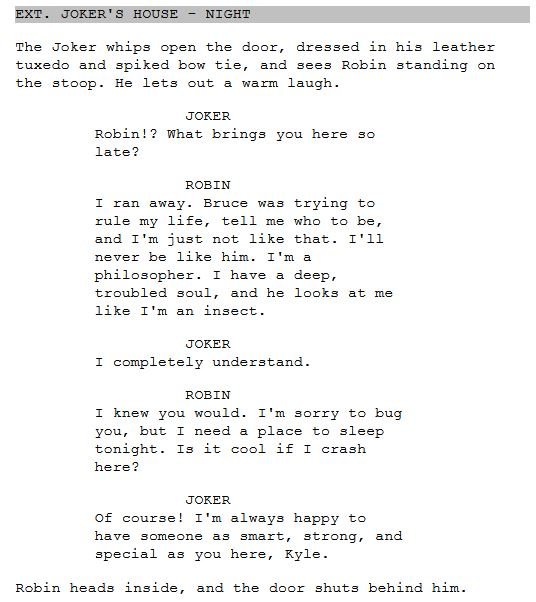 So, he crashes there, and then we watch a full 36-minute unbroken shot of the pair drinking, smoking, and listening to the System of a Down album Mezmerize. During the song “Cigaro,” Robin responds by shouting, “That’s him! That’s him! That’s exactly how Bruce acts!” Then, he sits back down and stares at a poster for The Devil’s Rejects. 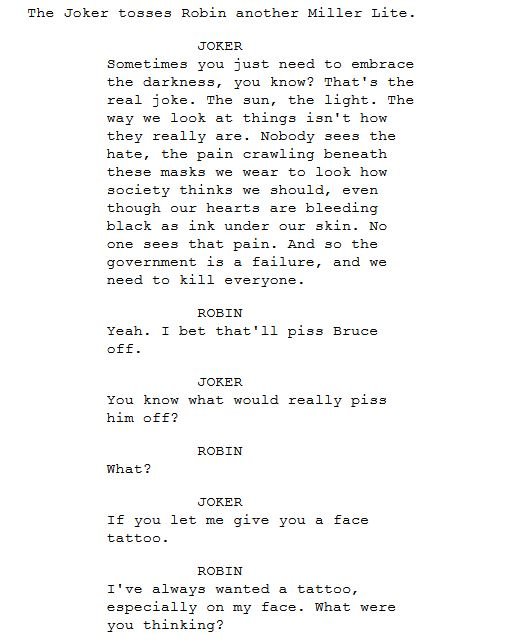 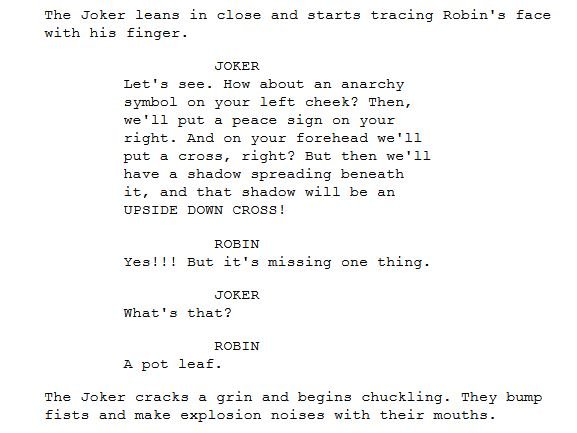 Because anarchy and destroying the establishment are very cool ideas, Robin can’t sleep. He feels like getting ready to destroy the world with his uncle (the real good guy, as it turns out) is too much of a wait to bear. He goes out again, this time into a nice neighborhood, and starts destroying mailboxes with a baseball bat in order to prove that his rage cannot be controlled. 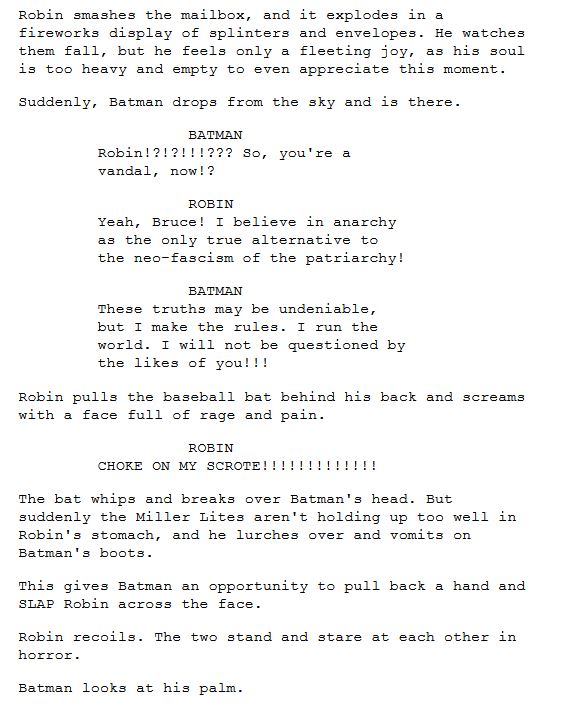 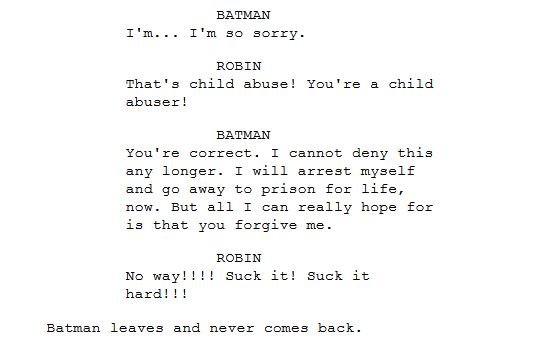 After Batman goes to jail, Robin is given the keys to Wayne Manor, which is awesome. He then spends his time listening to heavy metal, drinking and smoking, and staying up as late as he wants. No one can tell him what to do. He’s totally free.

Batman is a venerated franchise, and I’m thrilled to be a part of it. This film will launch as a part of DC’s new streaming service in 2020, and I’m sure will it be the hit everyone’s waiting for.

Dark and gritty stories like these need to be told, and Warner Bros are the only folks mature enough to handle it.