The clones are back in town

I hated Sub-Zero in Mortal Kombat X and dreaded his arrival in Injustice 2. His combination of clones and unrelenting pressure made him a nightmare to deal with in MKX. He was a sadist, a bully who would trap you in the corner and keep you there, defending against a ridiculous blitz of high and low attacks until you, inevitably, got opened up. One look at his reveal trailer for Injustice 2 and I could already feel my blood boiling.

Turns out I didn’t need to worry. Sub-Zero in Injustice isn’t quite the nerd-lockering bully that once terrorized Ranked matches in MKX. But that’s not to say he’s weak either. He’s a smarter, more nuanced version of Sub-Zero than we’ve become accustomed to. He’s also a lot more fun, both to play as and against.

I had a lot of fears about Sub-Zero coming into Injustice 2. In a game where so many matches can already turn into a deadlock of full-screen zoning, I worried that Subs and his clones would slow things down even further. I didn’t relish the idea of a character that could convert a single projectile hit into a full-combo either.

Thankfully, a few clever design cues solved those issues before they even happened. The ice clone is certainly a huge part of Subby’s game, but unlike MKX, it isn’t just a regular special move he can pop out whenever he likes. In Injustice 2, the clone is actually his trait power, which makes it super easy to activate, but also ties it to a short cool-down timer. It turns the clone into a resource that Sub-Zero players need to actively manage, not just end every block string with – smart.

His ice ball is back of course, only in this iteration, he needs to spend meter to make it freeze the opponent. Again, a smart choice. This makes it so Sub needs to spend resources like every other character to extend his combos or trade projectiles for a full combo. It’s still powerful, but not too crazy. He feels very at home with the rest of the cast.

Sub-Zero has his signature slide which is annoying as ever, but like his other classic specials, it’s received a cute little twist. On hit, the slip flips the opponent over Sub’s head. This can be both a cheeky way to send a foe toppling directly on top of an ice clone (yay!), or give them a free ticket out of the corner if you use it carelessly (boo!). Again, a little more nuance than the Sub I came to know and hate.

Rounding out his default kit, he also has a command grab. It’s a funky little move. As you might expect, it grabs blocking opponents, but as a bonus, you can spend some meter to freeze them for a juicy follow-up. Sounds great. Only problem is, it’s a high. And nobody has any reason to do anything but block low against Sub-Zero. Ever. 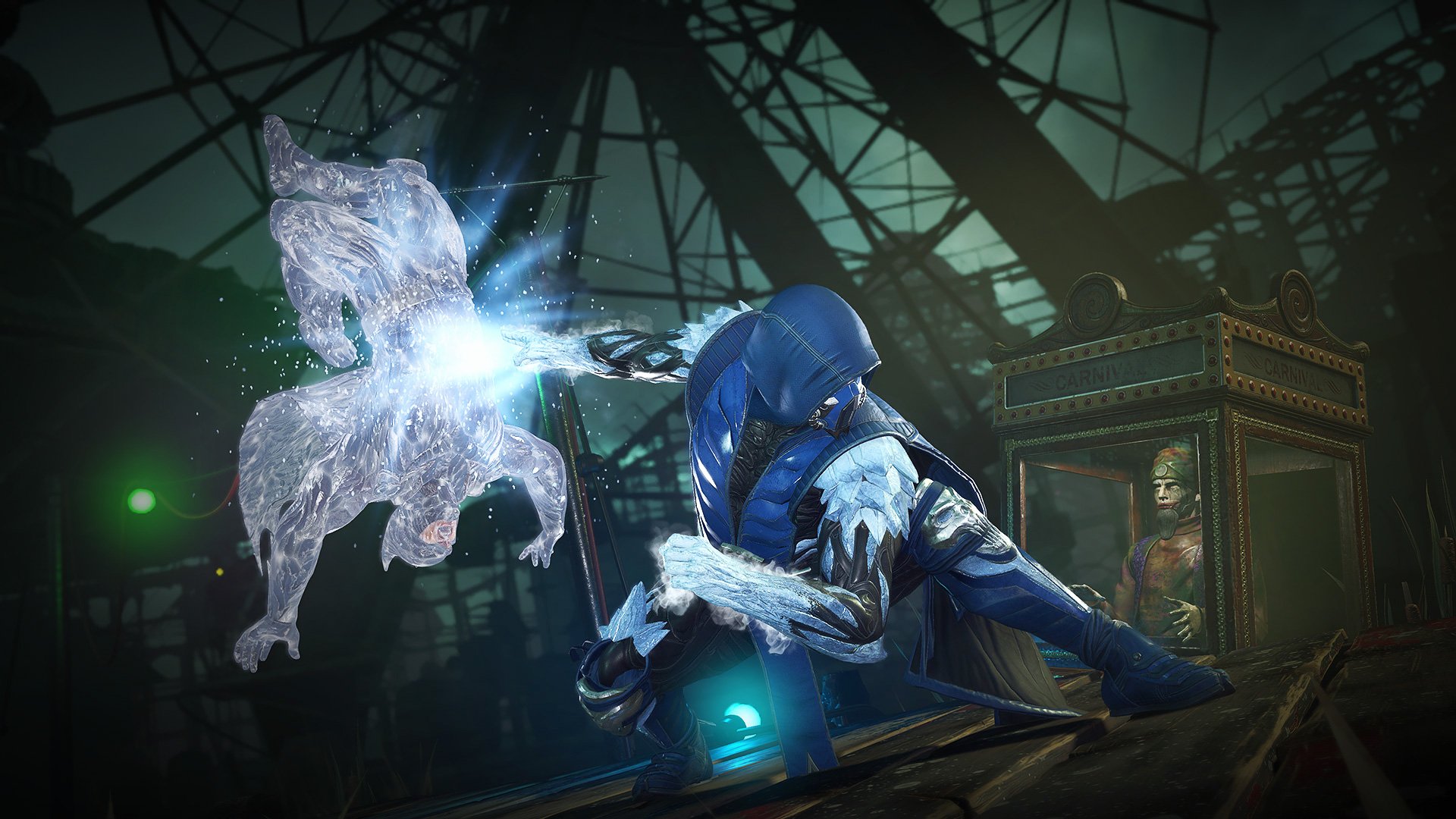 The biggest change to Sub-Zero in Injustice 2 lies not in his special moves, but in his normals. Poor ol’ Subby no longer has his easy-peasy launching overhead. It’s gone. In fact, his ONLY overhead starter is his slow-as-molasses F3 bounce move that every character gets. This means he has to earn his pressure, not just dash up and YOLO into a high/low mix with the clone to bail him out.

This is part of a pattern. Overall, his pressure isn’t nearly as suffocating and straightforward in this game. The big threat that made Sub-Zero such a pain to deal with in MKX was that he could do any basic block string and end it with ice clone. If your character didn’t have an advancing armored move, you just kind of had to hold it and deal with whatever Subs decided to do (YOLO mix, ice balls, clone toss, shatter, swirly in the locker room toilet, etc) because any other response would just freeze your ass.

In Injustice 2 though, his strings are not nearly as tight and his recovery after the clone not as generous. I went through the entire cast and found an answer to his clone cancels for the vast majority of characters. Some can straight up punish Sub-Zero for any block string clone attempt, others can get rid of the clone immediately with relative safety. It’s just not that threatening if you’re expecting it. So smart ice ninja’s will need to develop a more rounded game, slipping the clone in as a surprise instead of the default choice.

Combine this with the fact that the clone has to recharge once used (and the timer doesn’t start till the end of Sub-Zero’s combo if it does land), and the Cryomancer feels very fair compared to how I thought he might turn out. He can’t just loop the same boring clone set-ups over and over again.

That said, what he does have is fairly strong. The clone is (as always) amazing as an obstacle and still serves as a full-combo easy-punish for anyone foolish enough to try and jump in on Subby. His corner game is still nasty with a lot of ways to put the screws on the competition, and his tools are versatile. You can get a lot of mileage out of that slide in a game this chock full of zoners.

One thing I should point out, I’m talking about the standard, competitive mode Sub-Zero here. If you got excited by all those clone projection moves in the trailer and want your Sub-Zero to work like a chilly version of Noob Saibot, you’re gonna be stuck grinding loot boxes for a bit – all of those toys are gear moves.

Speaking of gear, Sub-Zero looks ridiculously good in Injustice 2. There are costume pieces for whatever flavor of ninja you prefer, be it the frozen comic book Cryomancer suggested by his default look, or the simple mask and padded vest of MK1 Sub-Zero. His shaders include shout-outs to Reptile, Rain, Scorpion, and all his other ninja buddies. If you love Sub-Zero or any of the other MK ninjas, you’ll be thrilled with all the looks he can rock. 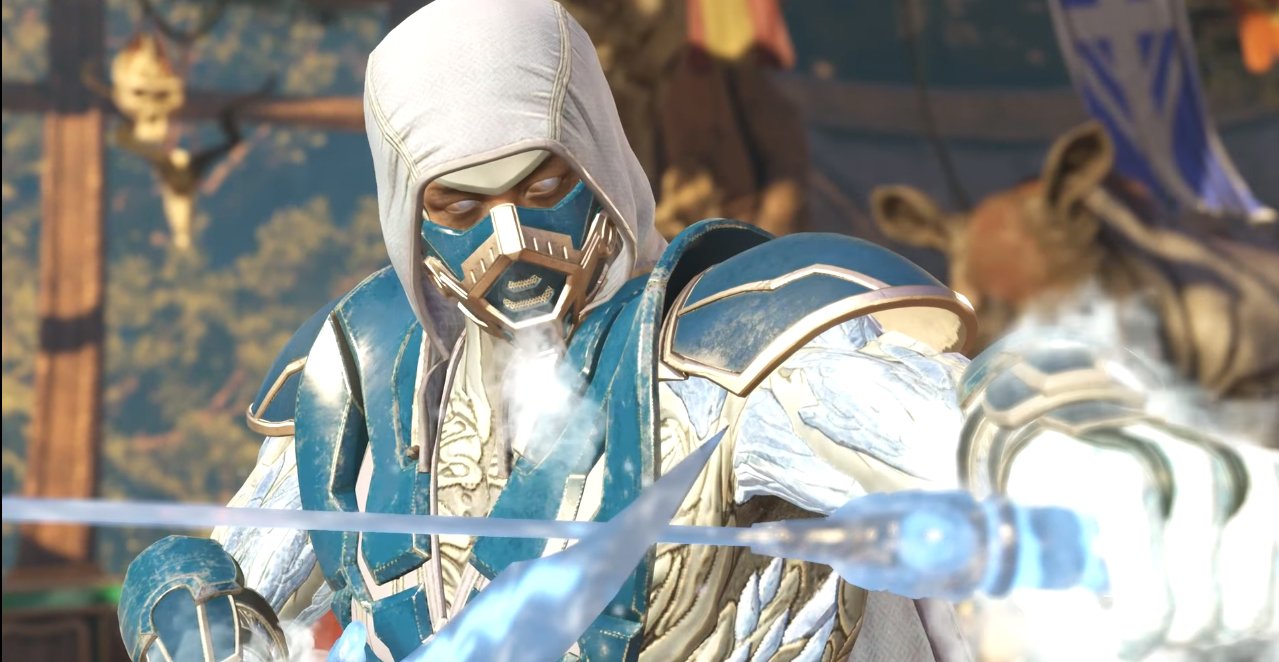 Sub-Zero continues the promising trend of Injustice 2’s DLC characters, adding another useful, but not overpowered character to the roster. Sub-Zero plays tue enough to his MK roots to satisfy anyone who has mained him since Mortal Monday, but fits right in as an Injustice character, not a transplant from MKX.

I have to say I’m impressed. I expected the worst from Sub-Zero and instead we got a fun, well- rounded character. If this keeps up, Injustice 2 will be NetherRealm’s best supported game to date.