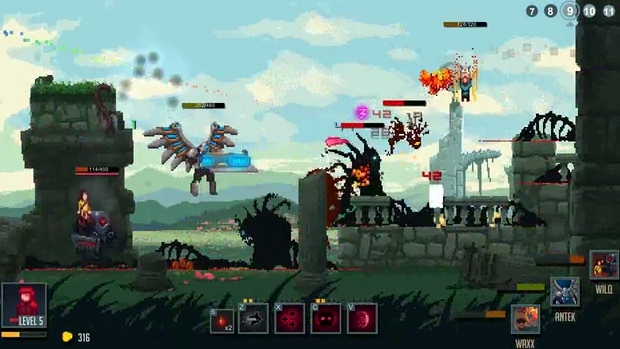 Risk of Rain was pretty cool, so anything that reminds me of that catches my attention. Warlocks looks to have a similar feel in some ways, bringing frantic 2D battles to a fantasy world. I typically shy away from fantasy in lieu of science fiction, but the cooperative gameplay and nice-looking pixel art will have my eyes on this one as it moves forward.

The Kickstarter campaign for Warlocks launched yesterday, and is seeking a modest goal of $25,000. It has already been greenlit for Steam to launch on Windows, Mac, and Linux next April, but could possibly come to PlayStation 4 and Xbox One later.