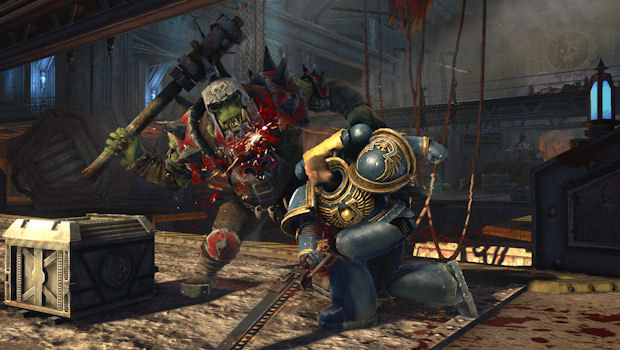 This Warhammer 40,000: Space Marine ‘behind the scenes’ video — made available by the good guys at Machinima — explains what Space Marines and Titans are, and why Orks are your main enemy.

What Orks, you ask? WeirdBoyz, Gretchen, Nobz are definitely in. While they aren’t mentioned specifically, Shoota Boyz will probably make an appearance too. Because, you know, they shoot and this is a third-person shooter game with melee attacks. Also Chaos.

Space Marine certainly looks better than back when it was first announced, so here’s hoping that Relic can make as fine a 40k action game as they make real-time strategy games.