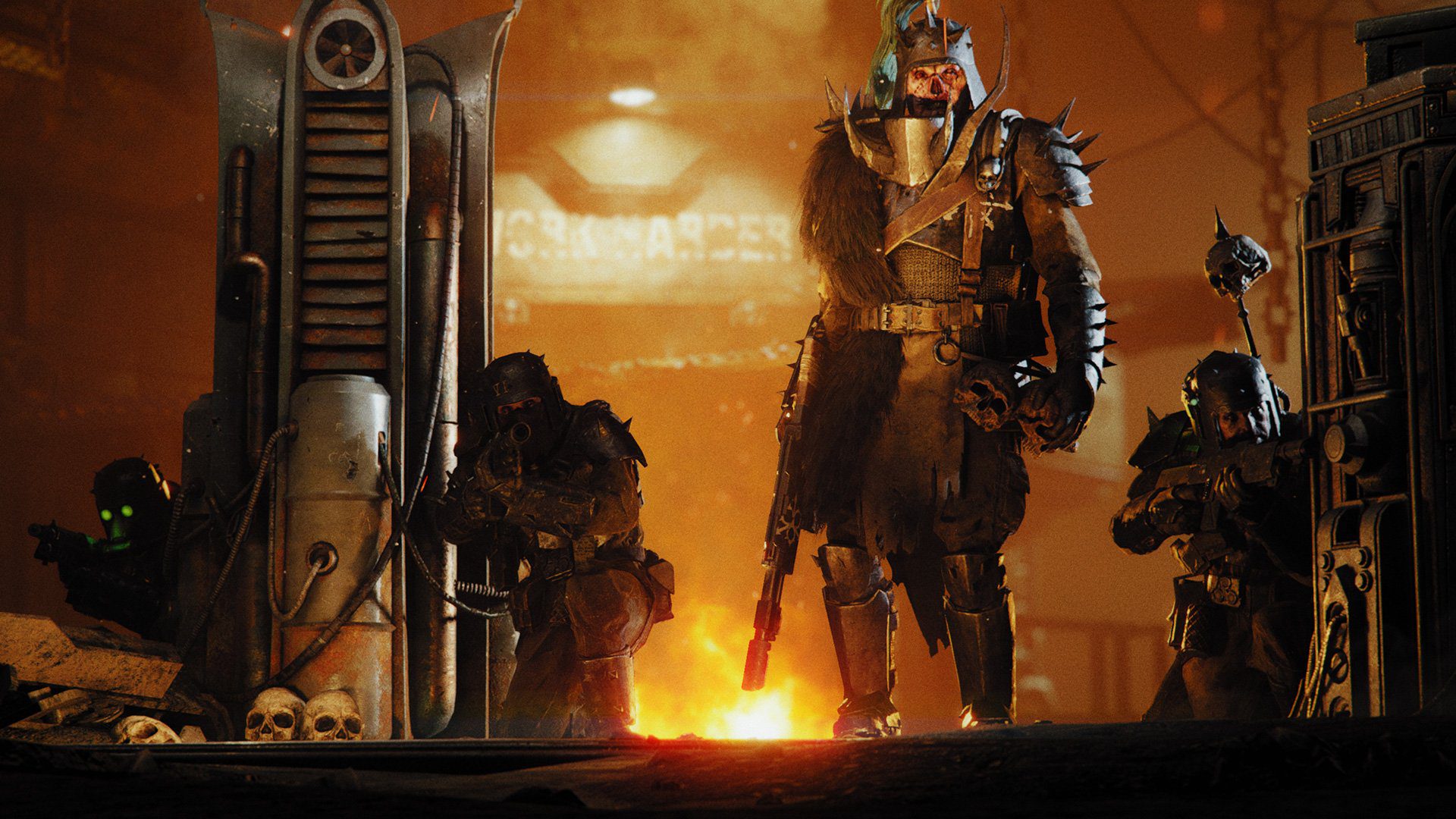 Warhammer 40,000: Darktide is a far-future follow-up to Vermintide, and that’s pretty much all it needed to get a foot in the door – but gameplay footage, especially with so many CG-only reveals at The Game Awards, is appreciated. After last night’s showing, Fatshark released an extended trailer.

This should be a damn good time in co-op. That’s it: that’s my takeaway. Let me at ’em.

Darktide is going to throw four players (who’s calling dibs on the Ogryn?) into a bustling hive city, and unlike the mostly-melee-centric Vermintide, guns are plentiful. I’m curious to see how they balance melee and ranged combat in such a way that both feel powerful depending on the situation at hand.

As much as I fell off Vermintide and missed a bunch of the DLC, I dug the feel of that game. Between the 40K setting, crunchy combat, and the class/gear progression, I’m all the way in on Darktide.

As the trailer says, this is a 2021 release on Steam and Xbox Series X/S – it’s skipping last-gen.