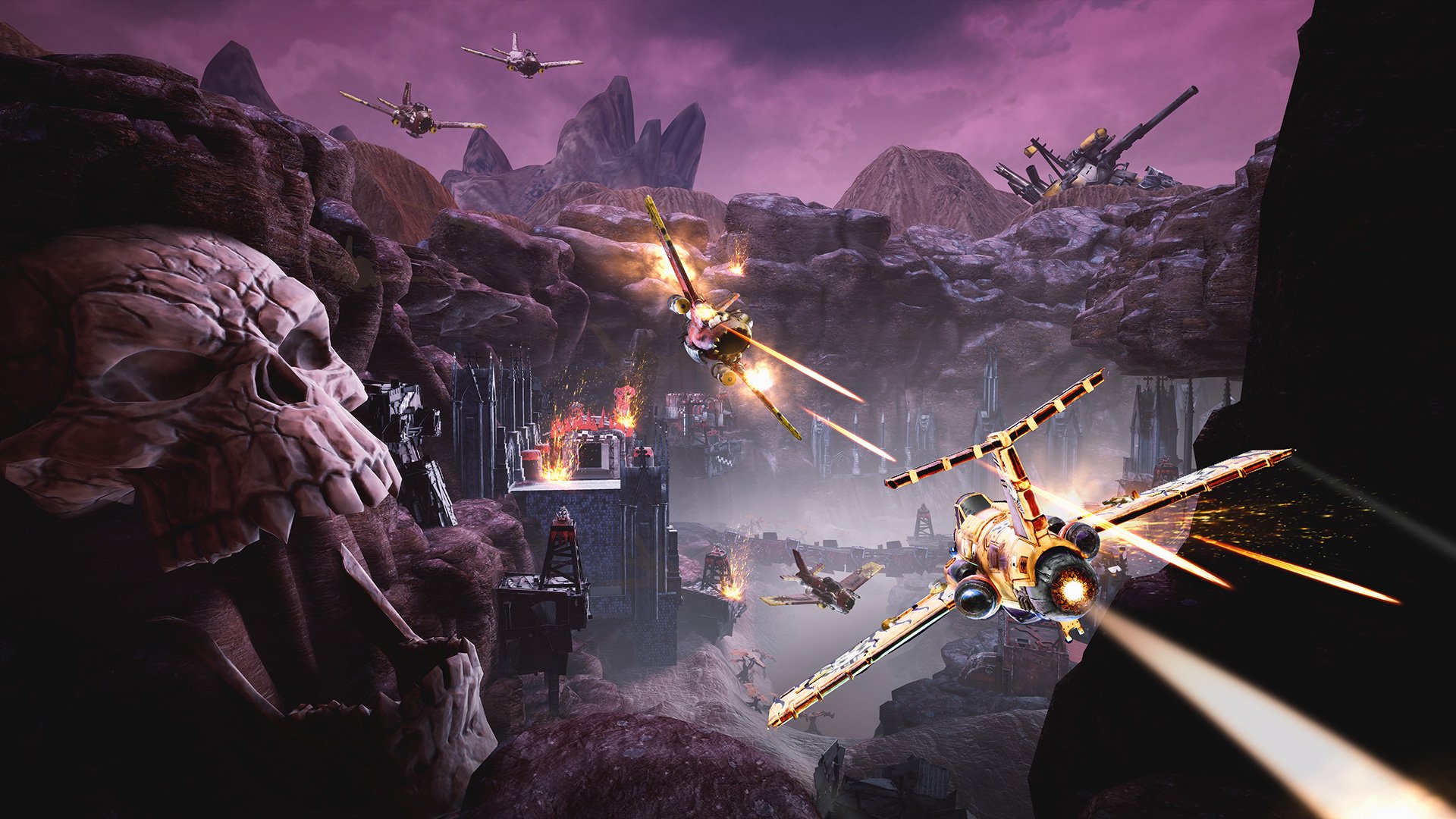 They can… they can do that?

We’ve seen so many video game adaptations of Warhammer 40,000 over the years, but this one still caught me off-guard. Warhammer 40,000: Dakka Squadron is a third-person aerial shooter about Orks.

Players will “fly Dakkajets, Burna-Bommas, and Blitza-Bommas, equip them with an array of guns, bombs, and missiles, learn special maneuvers, and unleash [their] dakka to conquer a galaxy riddled with ancient enemies.” The campaign spans 20-some missions, and you’ll also take on ground targets.

Based on the official site, it looks like there will be five clans in Dakka Squadron: the Blood Axes, Goffs, Bad Moons, Deathskulls, and Evil Sunz. Depending on which you choose, you’ll have different bonuses like sturdier planes, higher speeds, faster afterburner recharging, and more explosive damage.

I know my pick! The Deathskulls “have lucky planes and will occasionally ignore a hit or will output critical damage.” As much as RNG screws me in video games, I can’t pass up chance-based abilities.

I’m not expecting anything too fancy here, but the premise alone is fun.