The skinny arms of one of the team members of team Natus Vincere (also known as Na’Vi) were warbling dangerously as he attempted to lift the massive block of solid metal that is the trophy for the Wargaming.net League Grand Finals World Champions. His teammates rushed in to help him as spotlights shone down and a theater full of fans cheered and applauded in Warsaw, Poland this past Sunday.

Natus Vincere took down 13 other teams over the three days of the event, which had players from six regions battling, and had fans and press from all over the world watching on while they did so. They took home about $110,000 in prize money, with runner-up team Virtus.Pro taking almost $100,000 themselves. 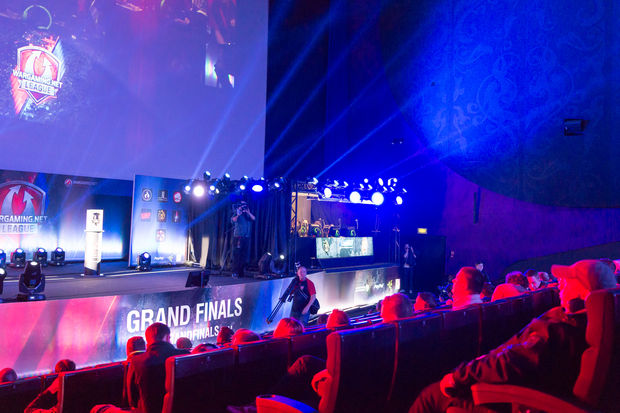 World of Tanks matches are slower than your typical eSports match, but that doesn’t mean that they’re any less exciting. The 7-on-7 battles are tighter and more focused than the game’s typical online bouts, which usually have teams of 15 fighting each other. Special maps have been developed for competitive play to keep the action hot, though that doesn’t stop competitors from taking their time to work out the best possible positions and formations. As I learned, placement is everything in a World of Tanks eSports match.

After each team finds their formation and preferred positions, much of the remaining match time is spent camping. My casual play experience with World of Tanks has always had me heading right into battle as a sort of lone ranger in online matches, fighting for the greater good of my team. But these pro players sit and wait, keeping their eyes peeled for any opportunity to gain an advantage. A few shots are fired in the first half, but they’re as rare as movement. A defensive hold of formation and some careful sniping seems to be the name of the game, and as you would guess, this kind of play leads to draw matches more often than not. 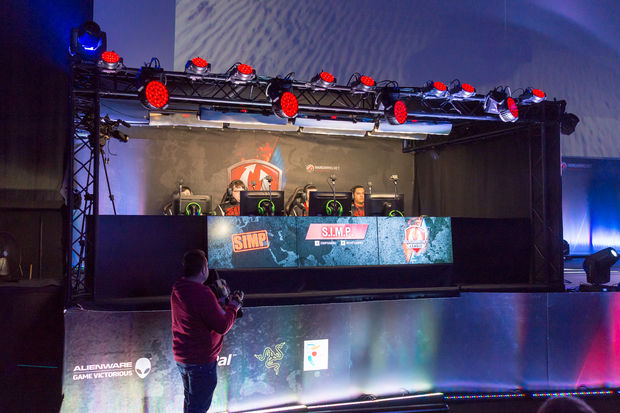 But Wargaming was smart in how they structured prize payouts. In an effort to get away from camp-heavy matches, they reward those that get out there and get into the action, which is why you’ll see the last two or three minutes of matches heating up very quickly. Players are usually left relatively damage free for the first two thirds of the round, but kills come quick at the end. The first match of the event had all the action saved for the last few minutes, where one of the teams suddenly decided to take a hill by force, moving in formation for some very quick takedowns. What was a mostly quiet crowd immediately jumped to their feet and began screaming and cheering in those last few minutes.

While not necessarily intentional, the move between these phases of positioning and action make for a pretty entertaining viewing experience. Those that favor devising strategies will likely enjoy watching teams scramble to the best defensive or offensive points of maps. You’ll see where they lock down choke points or make moves toward crucial map features, and then speculate on how they’ll use them when the action heats up. And when it does, expect some pretty great face-offs. Even with the draws, watching pro World of Tanks players go at it is a pretty good time.

The excitement level stayed high for the whole weekend. It started early on with admirable play from the American team — all attendees seemed to be impressed with their performance. Of course, there was plenty of fan support for the local team. Even Poland’s vice mayor was in attendance; he’s also a World of Tanks player, and says that they have an office league that he plays in. But the favorites were always the Russian teams. They fought it out until Natus Vincere took top prize. You can watch their final match against Vitus in the video above.

This event took place in Warsaw, Poland this past weekend, in a venue tucked away on the top floor of a large shopping mall. I thought it was odd to be going to a mall, working my way up a zigzag of escalators, passing shoe stores to watch an eSports tournament, but the venue turned out to be great for the event. A massive theater with stadium style seats welcomed fans from all over Europe and beyond. The action was projected on the large theater screen while both teams played live directly below it. 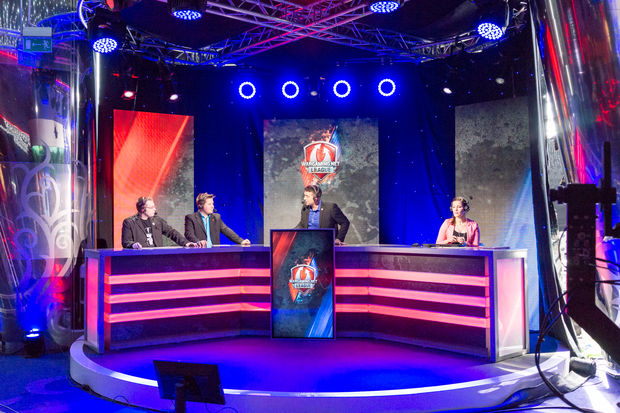 And for their first big show, the presentation of the Grand Finals was top notch. Professional sets, lighting, broadcasters, cameras, and announcers had the event feeling like it was just one more year of an event that had been going on for years. Crowds packed the event’s seating, eateries, and viewing areas all weekend, taking it all in.

Wargaming CEO Victor Kislyi is happy with how far they’ve come for the league, but he expects an even bigger show for next year, with many more teams competing for even more prize money. To meet his expectations, Wargaming has upped their eSports budget by 25 percent, taking their 2014 budget to $10 million. Aside from bigger prizes for more teams, these funds will also go towards sponsor programs and outreach this year. 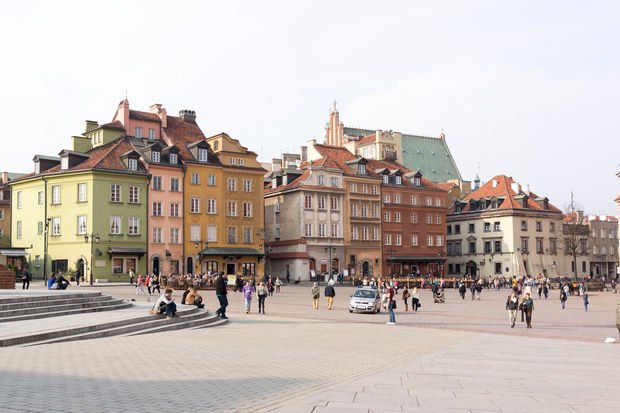 Warsaw, Poland worked out to be an ideal host for the League Grand Finals. The city has played host to several other eSports events in the past years. Being in central Europe and having plenty of lodging and venues helps, but what really made this particular event a success was that Warsaw has one of the largest concentration of World of Tanks players in the world.

The city itself is also quite nice to visit. It’s packed with historical sights, museums, attractions, and fantastic food. Following the Grand Finals, I had the pleasure of snapping photos in Warsaw’s Old Town, brushing up on WWII history at the Warsaw Uprising museum, and eating probably too much sausages and pierogi dishes this past weekend. Wargaming isn’t set on the next location for the 2014 Grand Finals yet, but from what Kislyi told us, it sounds like they’re at least considering coming back to Warsaw.

You can explore the results of the League Grand Finals on Wargaming’s dedicated Grand Finals page. Beyond this, replays are available on their twitch.tv channel.

Filed under... #eSports#Europe#Feature#features#WarGaming#World of Tanks