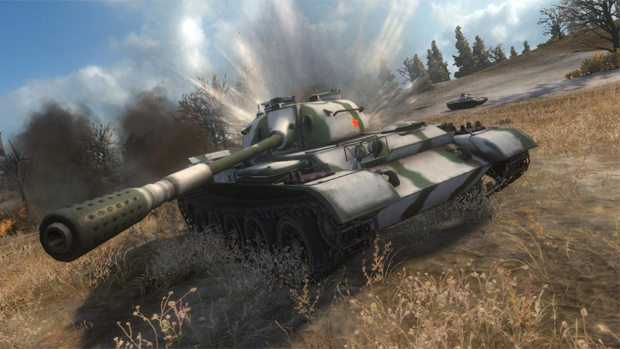 It plans to teach Microsoft how to do free-to-play

World of Tanks is one of the biggest free-to-play games in the world, but when it releases this summer on Xbox 360, it won’t be quite free. That’s a point that Wargaming’s CEO Victor Kislyi isn’t particularly happy about.

In an interview with GamesIndustry International, Kislyi expressed that the annual subscription fee for Xbox Live Gold members irked him a bit, as it meant that his game wasn’t truly free. However, he chalked it up as a cost of doing business with a company as big as Microsoft. “They cannot drop it for us because they would have to drop it for everyone and it would be a total mess for them,” he stated.

Kislyi has different aspirations for World of Tanks on 360. “This we have to tolerate, which I am not happy about. I would rather add 30-40 million non-golden members, and they will monetize occasionally.”

At least Microsoft is doing something right in Kislyi’s opinion, and that’s moving to a real currency system. “Right now, it’s only credit cards used to buy Microsoft Points which we know is suicide in free-to-play. We will teach — excuse me — we will advise them on how to embrace, sometime in the future, different payment methods like SMS.”

Kislyi went on to emphasize that free-to-play has to be transparent, or else it will not work. As the free-to-play model becomes increasingly popular, hopefully companies heed the words or Kislyi; he sure sounds like he knows what he’s talking about.