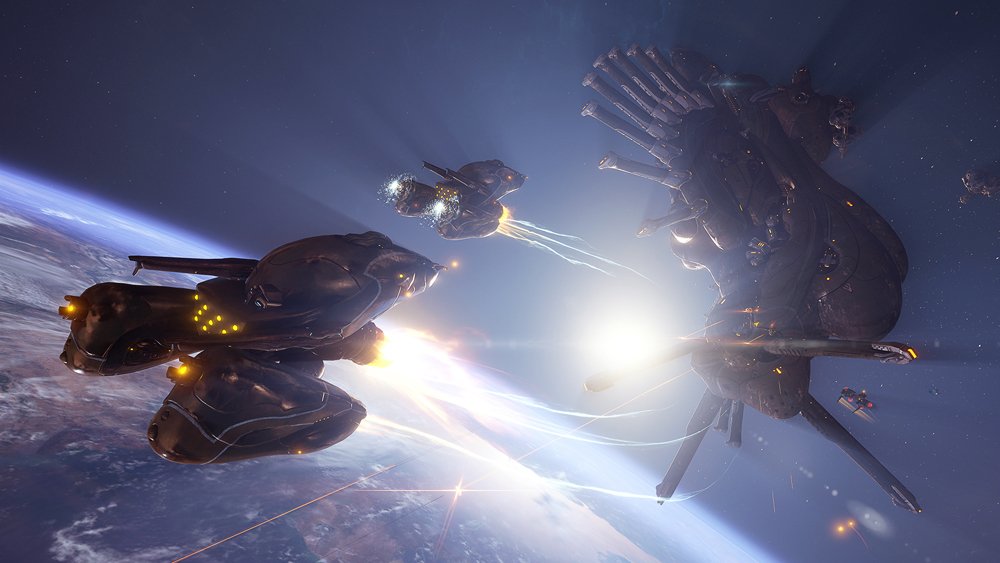 It was one of many announcements during last night’s Game Awards, but the next big update for Warframe is ready for PC players to enjoy. The Empyrean update will put players behind the controls of their own Railjack as they do battle with Grineer forces. Railjacks, which have to be built by players using resources earned in-game or bought in the marketplace, will be the focus for upcoming Empyrean battles and are customizable and upgradeable.

Tenno can pilot a Railjack by themselves, but Digital Extremes is stressing cooperation with other players for this update as it takes a lot to manage a ship.

In addition to the Empyrean update, Digital Extremes has also launched the Rising Tide update on Xbox One and PS4. This update introduces the Railjack and Dry Dock system in preparation for Empyrean, which will hit consoles at a later date.

As for the Switch, its Rising Tide update is still in development. When it is deployed, the file size of Warframe on the console will shrink from 22GB down to 16.6GB. That’s good news for me because I’ve about run out of room on my Switch.