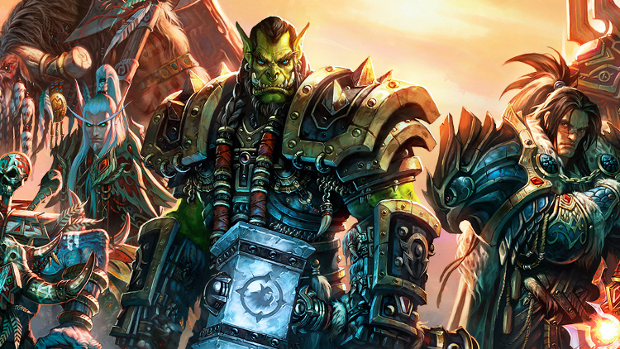 Some new details on the December 2015 Warcraft film have come out of Blizzcon. According to Joystiq, it will be an origin story told from both the human and orc perspectives as both sides spiral into large scale warfare. A mix of CGI and traditional effects aim to give it a, “gritty, muddy, down in the dirt, covered in grime” feel.

The studio is shooting for a PG-13 rating, but likens the feel to Gladiator. I supposed they’ll be pushing for a hard PG-13, getting away with as much as they can — the movie is definitely “not for kids.”

They’re also manufacturing swords that are, “the biggest swords that a human can wield,” though we still don’t know who those humans will be. How big of a sword do you think you can wield?

I don’t care how close the film sticks to the source, but I hope director Duncan Jones is trying to do something cool with the film, not just moonlighting as a mercenary director for a big budget tent-pole where his talents would be squandered. I still sort of wish he was making another original film instead.