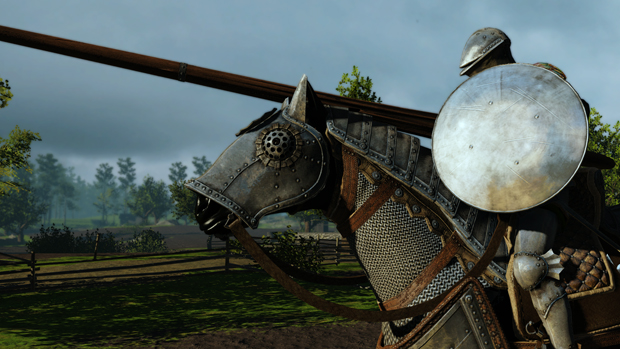 Brian Blessed will add his voice to the slaughter

War of the Roses, the medieval combat game from ex-DICE developer Gordon Van Dyke, will be getting some love over the next month or so. New downloadable content is on its way featuring the voice talents of Brian Blessed as the new narrator. I’ll give Paradox some money for that.

As well as the paid DLC, there will be a free content pack called Outside the Law which will have a forest map inspired by Sherwood Forest. If you want to see it in action, the team played it pretty early on during today’s press event. Along with this merry map, there are new bows, a quarterstaff, and even a Robin Hood-style hat to wear while you kill your foes.

Scheduled for release in late Q1 2013, a “gold edition” called War of the Roses: Kingmaker will include all of the content that has been added to the game since release and a couple of new modes including one where players can assault castles.

Starting on February 6, a free trial will become available, allowing players to try the multiplayer without restrictions as long as they want, but they won’t be able to earn any unlocks or customize their loadouts. It’s actually a very generous demo and almost brings the game into the free-to-play realm. I imagine in the future that it will be harder to draw the line between free-to-play games and really good demos.