This week I was in San Francisco to check out Transformers: War for Cybertron. I’ll have a feature based on my experiences coming later today, but for now I want to share with you a quick look at the first batch of War for Cybertron toys that are coming out, including a first look at Soundwave.

This is certainly the first time I’ve seen Soundwave and he looks awesome. Bumblebee and Megatron were also in attendance, along with the prequel novel Transformers: Exodus which charts how Optimus Prime and Megatron first met. I’m reading that at the moment, and it’s… alright.

There’s also Optimus Prime, who I actually have had some hands-on time with (because he’s stood on my desk right now). Read on as I give you a closer look at the Autobot leader, and hit the gallery for shots of the other Transformers.

WARNING: Images contained after the jump may be considered disturbing by sensitive readers. 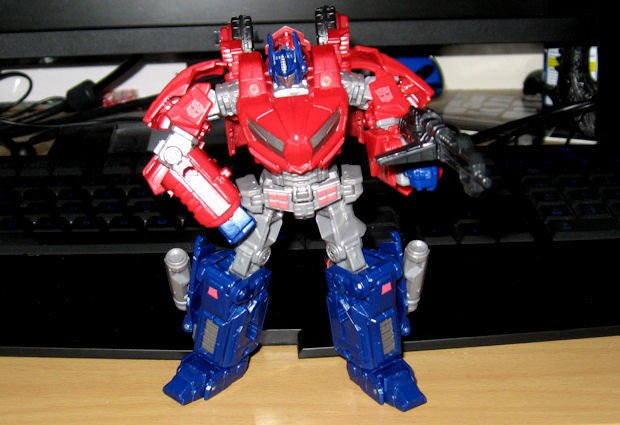 First of all, Optimus Prime is a great toy to have on your desk. Like many of Hasbro’s recent figures, Prime looks incredibly faithful to his videogame counterpart, with the “quasi-G1” art style of War for Cybertron rendered very well indeed. He’s highly detailed and has plenty of room for movement, making him fully poseable. If you’re the kind of person who likes to make his toys bum each other (which you are) then Optimus comes fully equipped for all your bumming needs. 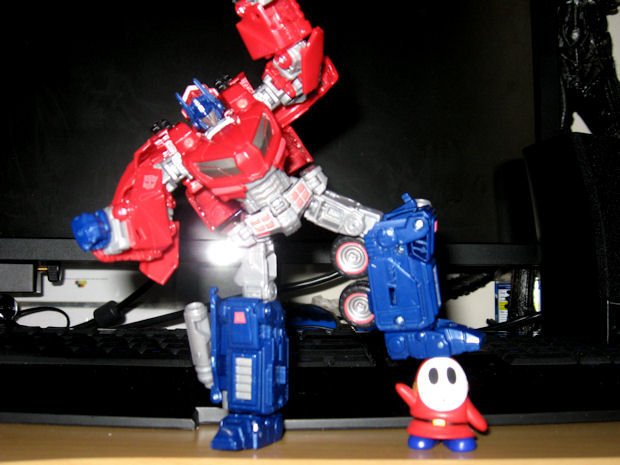 It just goes to how far along the series has come from an offshoot toy line based on appropriated Diaclone figures. Rigid and barely recognizable “robots” now look totally faithful to their media counterparts and can be played with like real action figures after years of breakable, unyielding plastic crap. Unfortunately, this new era of quality and authenticity comes at a price: These toys are fucking HARD to transform. 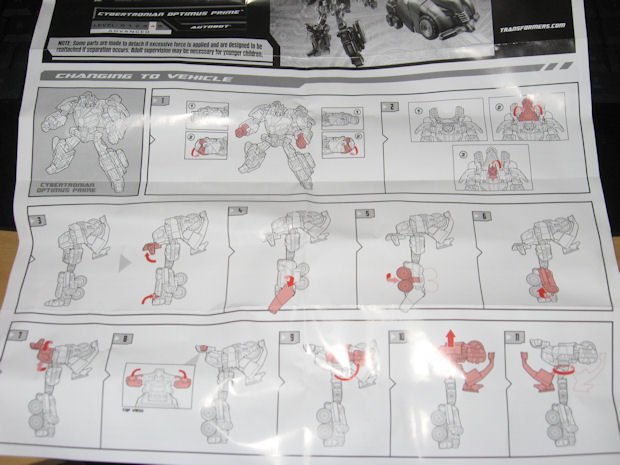 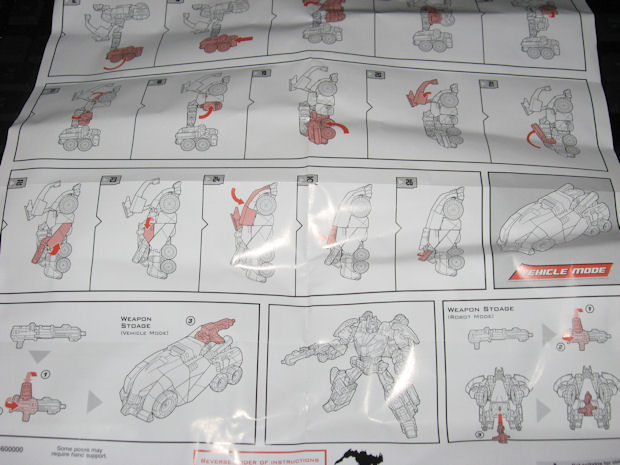 Seen above are both sides of the toy’s instruction leaflet. As you can see, transforming Optimus Prime into a truck requires 26 steps. You remember when turning Bumblebee into a car was as simple as flipping up a head and yanking some legs out? Now there’s twisting, turning, pushing, pulling, rotating, and praying to Odin involved. If you miscalculate the angle while turning a limb, you might not be able to move a hubcap later, and your whole thing is screwed. Basically, these things have gotten too complex and terrifying for my old man’s brain to cope with.

However, I am not afraid of a challenge, and I most certainly gave it the old college try. Presenting to you, my attempt at Optimus Prime’s alt-mode. Be warned that those with a heart condition may not want to look further. 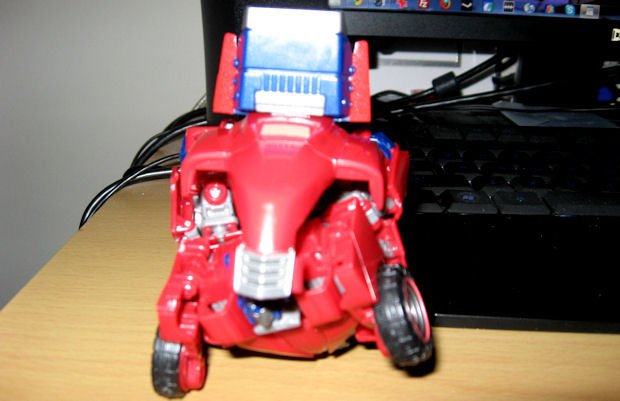 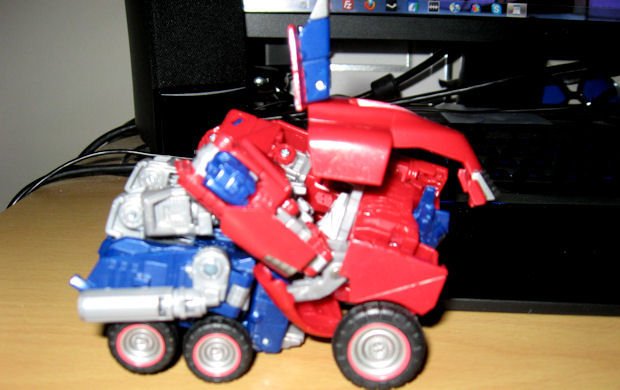 Do not grieve for Optimus, boys and girls. He’s already dead.