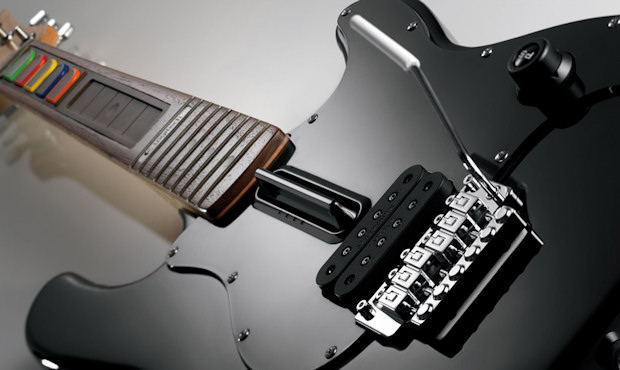 If you love your Guitar Hero and want only the best for those late night strumming sessions, perhaps you may want to consider swapping out your squeaky plastic guitar for this decadent $200 bastard from Logitech. You will either be considered the coolest or stupidest person on the block if you come packing this kind of heat.

With a wooden neck, metal frets and a rosewood fingerboard, this wireless beast with “hundreds of hours” of battery life simply does not give a sh*t. It works with both Guitar Hero and Rock Band, meaning Nick Chester will be buying eight of them. We’d get him one, but Logitech won’t reply to our email saying “Give us it, don’t be a dickhead.”

Logitech has always made good stuff, in my opinion, although I don’t think I could spend $200 for a fake guitar. Maybe if they released a Dynasty Warriors controller with a gold-plated Square button for luxury button-mashing, I’ll drop a couple of notes.