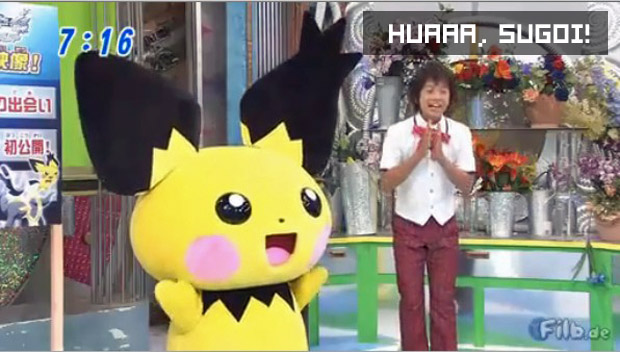 You’d like to see some of the Pokemon Gold and Silver remake in action, wouldn’t you. Pokemon Heart Gold and Soul Silver are headed to the DS and DSi in 2010 as tenth anniversary remakes, but you can sneak a peek now, a bit early. There’s one catch, though: the scenes are in this crap Japanese television show.

Watch on (below the jump) to see three new gameplay clips, each interspersed with some talky talky and awkward silences from a huge Pichu. The second scene shown is a quick battle, though you don’t get to see much. The last clip’s 3D looks great. It’s a teaser though: an egg is shown, and just before it cracks, the screen goes black.

What is it? I want to know just as bad as bowtie boy does!