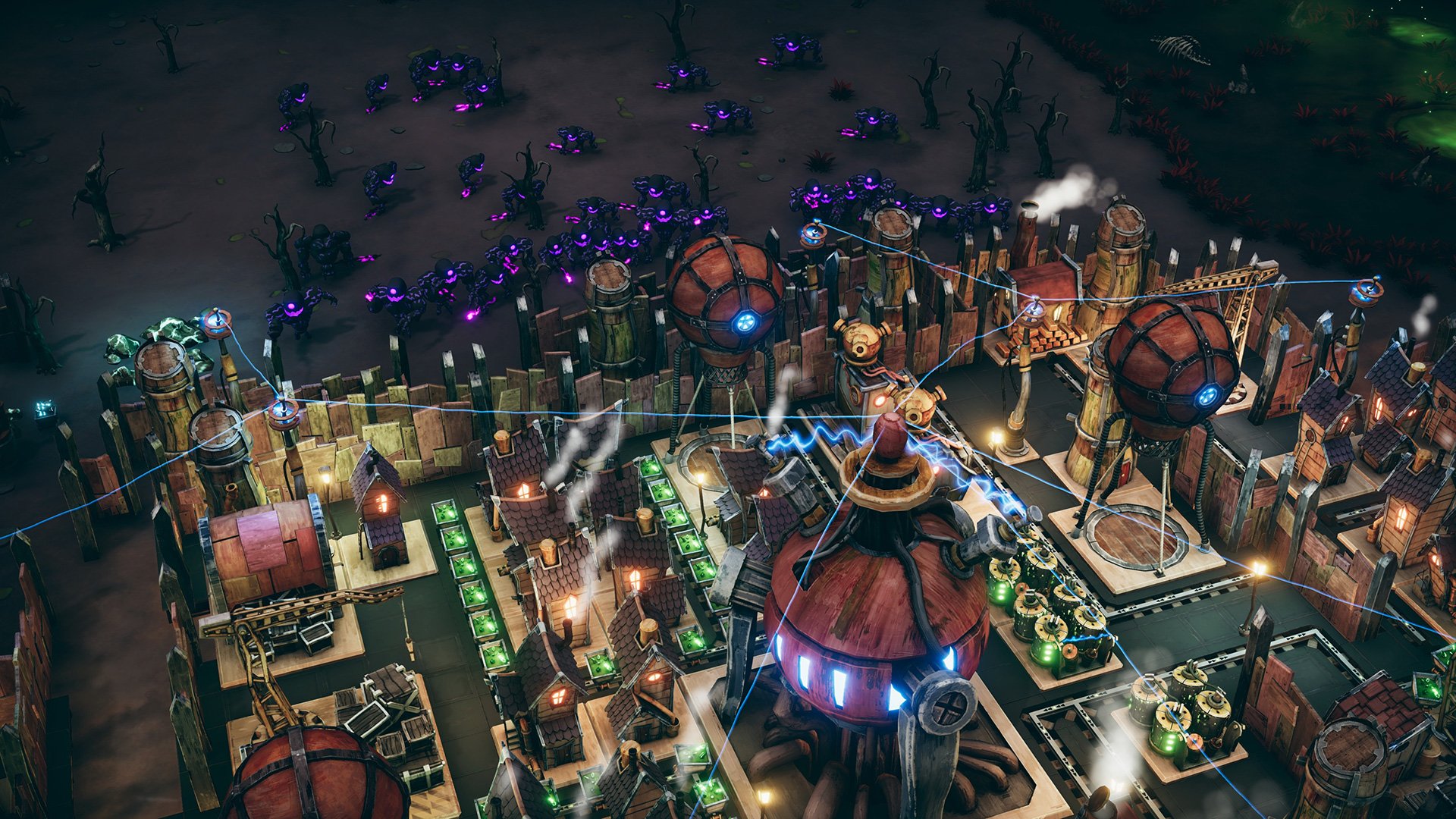 Now here’s a novel idea for a video game. Dream Engines: Nomad Cities is a defensive city-builder in which you not only have to maintain a steady flow of resources to expand, but you also have to fend off hordes of “weird nightmare creatures.” When the going gets too tough, or you’ve run low on critical materials, you can up and leave in search of greener pastures – your city is capable of flight.

The story revolves around a “wacky, whimsical world full of strange science and dreams,” so I’m going to pretend my city was founded by a grown-up James Henry Trotter of James and the Giant Peach fame.

The main point of tension (and the part that has me most intrigued about Dream Engines) is the timing of when, exactly, to fly away. It’s a game about cutting your losses. Relocating means leaving behind “disposable infrastructure,” according to developer Suncrash, and there’s also the matter of your city’s weight and fuel supply which could cause you to set back down on the ground prematurely.

This concept has a bunch of potential and I hope it follows through. Dream Engines: Nomad Cities is planning to run its course on Steam Early Access for “one to two years.” During that time, the developers expect to add a “story-based campaign, more biomes, each with unique challenges and resources, and additional content such as new enemies, units, buildings, and research.”

“We really believe that working hand in hand with an active, involved community is the best way to create a great game,” said the three-person team. “We’ve done it with our previous game [Judgment: Apocalypse Survival Simulation], worked closely with the community during two years of early access, in which we released more than ten updates with at least half the changes coming from player input. We have enough funds to finish development of the game even without Early Access sales, but we still want to release in early access for the reasons above.”

I’m not much of a Steam wishlister, but I’ve got the game committed to memory now.