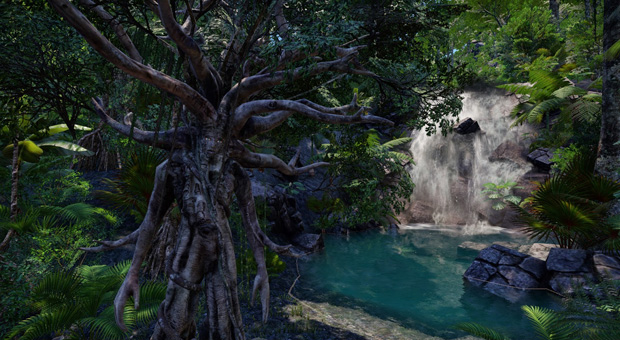 In which you can play as a tree

One of the titles playable at gamescom’s Indie MEGABOOTH is Wander, described as “a collaborative, non-combat, non-competitive MMO game focused on narrative, exploration, and joy.”

It stars you, at least at first, as a tree person. There’s also a griffin character, which I imagine would be more enjoyable in terms of world traversal, what with the flying and all. The Wander website also details a third choice, a lizard-like creature that looks better suited for swimming.

Yeah, this one’s a bit out there, but that’s the main reason I felt compelled to highlight it. You just don’t see many MMOs like this (perhaps for a reason). Wander is looking at a release later this year for Windows, Linux, and, rather surprisingly, PlayStation 4.