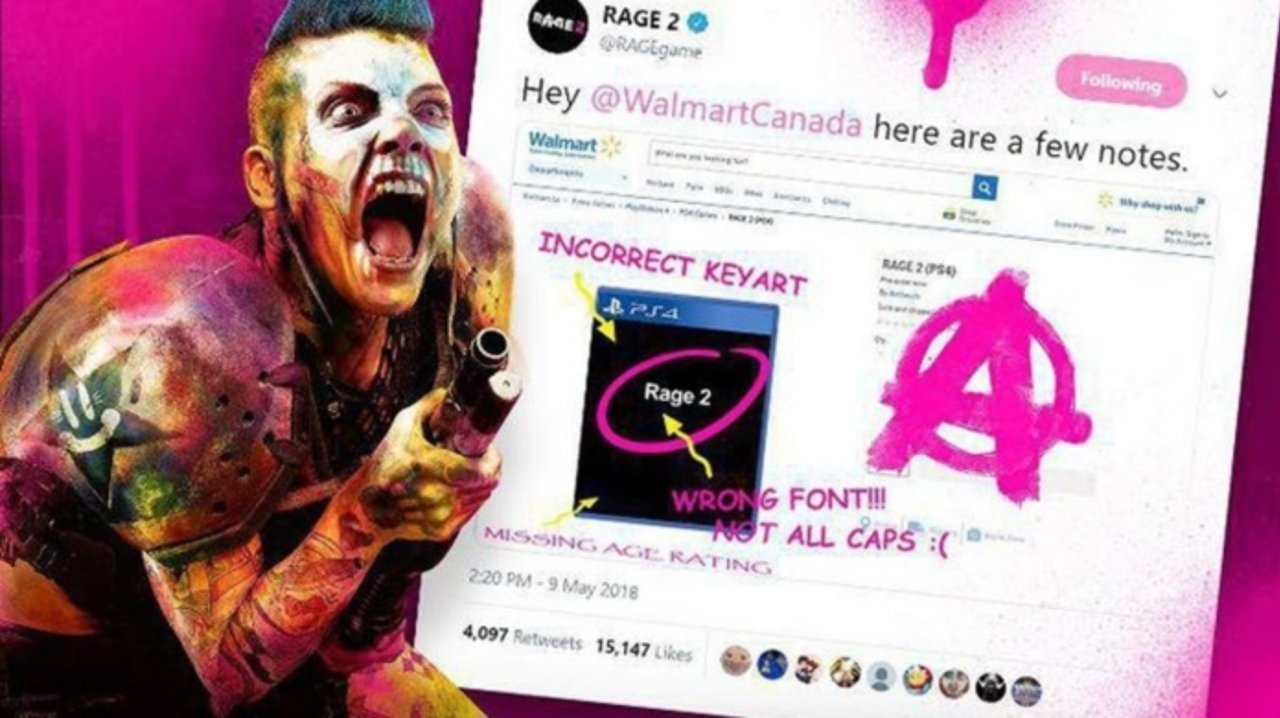 The keyart is on point

Pre Order now and get the limited E3 2018 Rage 2 sleeve as a Walmart exclusive. Get yours for PS4 or XBOX now at: https://t.co/lVG5mO2nPP
Available May 14th!! @bethesda #walmartcanadagaming #rage2 #preorder #playstation4 #xboxone #bethesda #Bethesda pic.twitter.com/1dEYGIyOlF

Just before E3 last year, Walmart Canada unexpectedly leaked a list of potential games. While the list was mostly wrong (likely due to being placeholders), there were a few that were correct, notably Gears of War 5 and Rage 2. Wishing to capitalize on the blunder, the official Rage Twitter account Tweeted at Walmart with some suggestions for how to fix the supposed box art it had posted. Now, you can own that very same box art if you pre-order Rage 2 from Walmart Canada.

Available for PS4 and Xbox One, all pre-orders from Walmart Canada now until release will net you the minimalist, incorrect box art for your copy of Rage 2. It will be a slipcover for the standard case, so you don’t need to worry about losing the official art. Sadly, the cover will only be available for Canadian residents, but you will likely be able to find a copy on eBay after release.