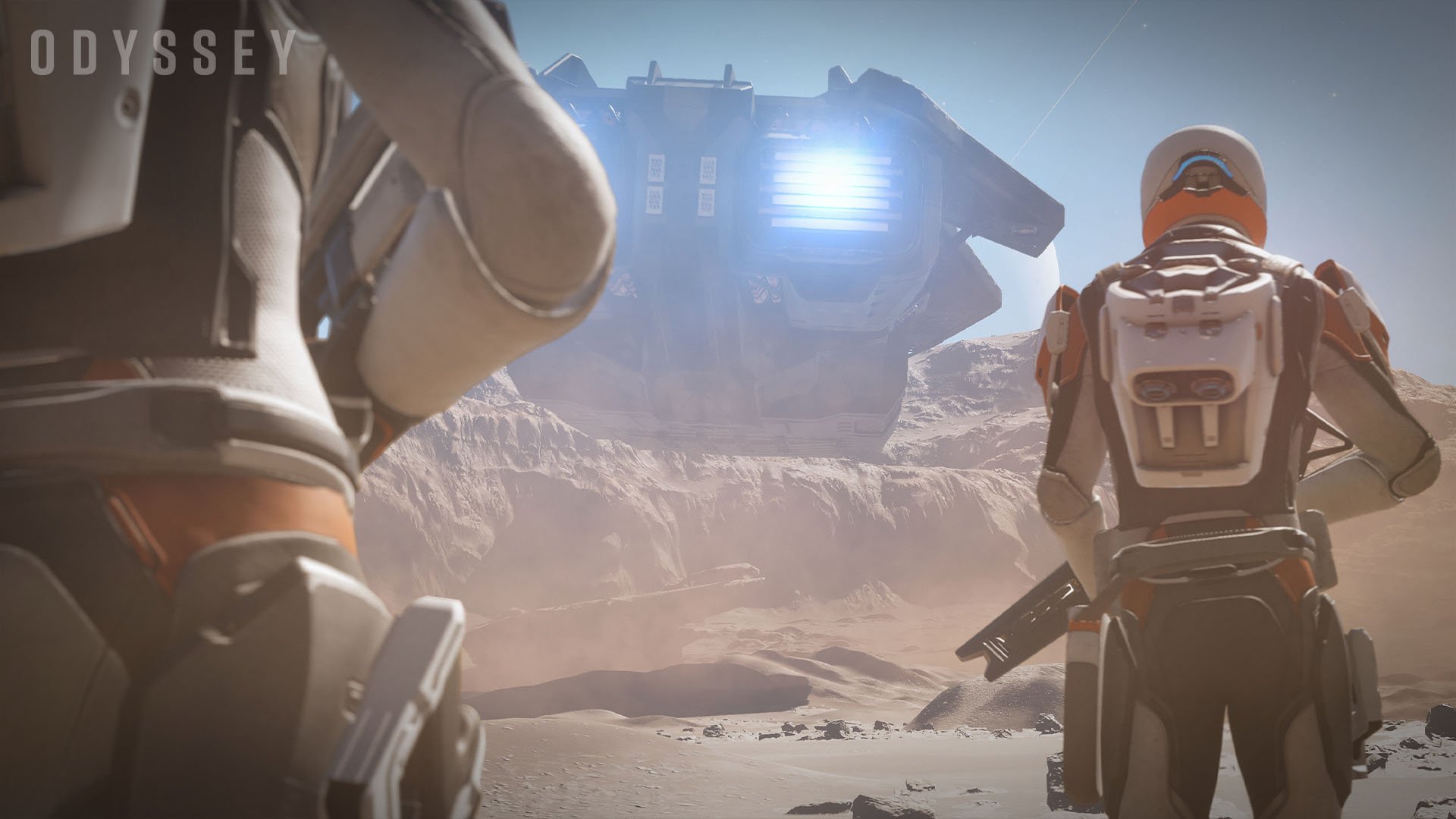 The next major Elite Dangerous expansion will put players in a position they’ve never been before: Upright, on two legs, walking about extraterrestrial planets.

In March 2019, Elite Dangerous developer Frontier Developments teased that the next major update would be “a defining moment in the history of the game.” We now know the scope of that statement. The Odyssey expansion will introduce atmospheric landings and exploring on foot.

There’s more, of course. Frontier also describes NPC mission-givers, encounters that range from stealth to “all-out combat” (from a first-person perspective), social hubs, and a deep customization system for weapons and armor.

In a way, it sort of sounds like the Dust 514 to EVE Online. But, we’ll find out more about the nitty gritty of Elite Dangerous: Odyssey sometime down the road. It’s currently expected to launch in early 2021.