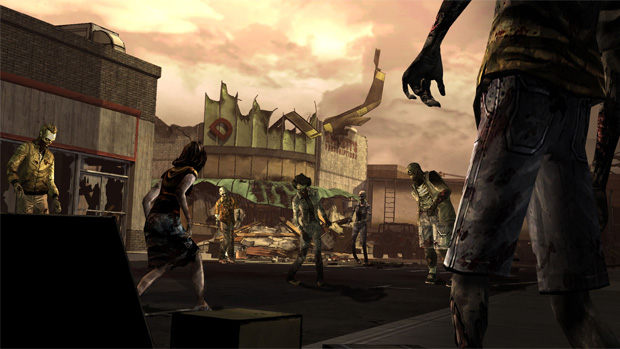 Telltale has announced a North American retail release date for The Walking Dead. In stores on December 11, the critically-acclaimed adventure series will be available on disc for PC, Xbox 360 and PS3. So, if for some reason you’re able to view this website but unable to download The Walking Dead, Telltale’s got you covered.

I waited until the series was nearly completed before I found the time to dig into it, but my wife and I have been playing through a couple of hours at a time during the last couple of weeks. Allow me to add my voice to the chorus of people praising it as one of the best adventure games I think I’ve ever played (from a perspective of story and atmosphere). There’s a level of tension that I haven’t felt since skulking around the Edison mansion as a small child and it’s hitting all my happy zones.