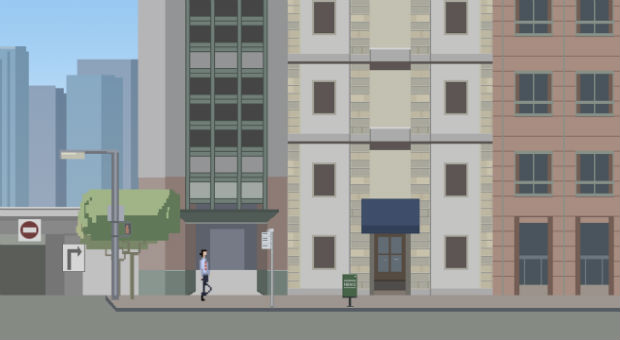 Hate your job? Live in a tiny apartment? Looking for love? You might have more in common with indie game Wake the Dreamer’s protagonist than you think.

In the peculiar upcoming iOS and Android release, you’re tasked with creating a character who lives in an apartment housed on your mobile device. Creator Ali Sakhapour likens the game to a real-time sim a la Tamagotchi, where you’re able to help your character grow, find a job, find a mate, and generally guide him through life. But when night breaks, like we all do, he dreams. That’s where things get trippy.

There’s an interesting duality to Wake the Dreamer where daytime covers the mundane reality of waking life, and night time is a completely different beast. Your character’s dreams affect decisions made in the real world, down to his relationships and the “dangers” that end up coming around in every day life. You’re tasked with making important choices in both realms, while simultaneously investigating a strange being known as Sand and why it’s so interested in your poor little worker drone.

Wake the Dreamer will be hitting Kickstarter shortly, but in the meantime check out the announcement trailer above and take a look at the official Facebook page here.