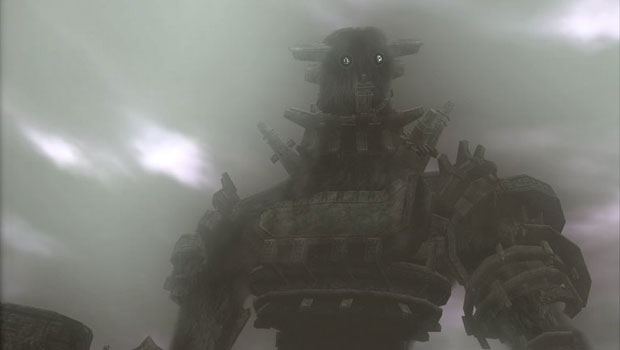 A few stories around the Internet today are reporting that Columbia Pictures are in the early stages of bringing Sony’s PlayStation 2 classic Shadow of the Colossus to the big screen. Yeah, that’s right. You just read that.

The reports have Kevin Misher (Public Enemies) on board to produce, and young Hollywood writer Justin Marks to write the script. Does the name Justin Marks sounds familiar? He’s the guy who wrote Street Fighter: The Legend of Chun-Li. Yup.

Look, don’t shoot the messenger, guys. I can’t confirm whether or not this information is accurate, and in any case, Hollywood deals are a fickle thing. If this indeed true, it’s entirely possible a Shadow of the Colossus film (and I’ll repeat, written by the guy who wrote Legend of Chun-Li) may never actually happen. (It should be noted that Marks apparently also wrote a killer screenplay — something I can’t vouch for first hand — for a Masters of the Universe film that has yet to pan out.)

But let’s take a moment to think about what it would be like if it did.

[Update: Variety‘s Ben Fritz — a friend of screenwriter Justin Marks — has confirmed this news with some additional information.

“I understand the folks working on the project are planning to have some of the characters who appear only momentarily in the game, such as those who try to track down and stop Wander, play bigger roles in the film,” Fritz writes. “And despite the game’s somewhat ‘artsy’ cred, they’re hoping ‘Shadow’ will be ‘Lord of the Rings’-size fantasy tentpole.”]